Glazer knew that  Sir Alex Ferguson would be a tough act to follow- now he is discovering just how tough.

When Sir Alex Ferguson announced his inevitable retirement at the end of the season, after 26 years leading the club to tremendous success, Malcolm Glazer, like everyone else in the world of soccer knew that whoever would be his successor would have his work cut out to continue to bring the next trophies home,  at least in the current season.

When David Moyes was chosen for the job, reportedly having given Sir Alex’s blessing, most football purists were happy with the choice, despite the fact that yet never won a trophy at his former club, Everton.

What may have appealed to Glazer about the new manager, also a canny Scot, was that during the eleven years that he was manager at Everton, Moyes run the club on a shoestring budget, never having access to the funds to splash big on the transfer market.

Another fact that Glazer may have been taking into account is that Manchester United, both management fans are loyal to their manager and were prepared to give Moyes the benefit of the doubt to allow him to ease into the job.

However the start of the season has been a disaster for United, retaining their Premier League championship seems like a lost cause, and are even looking doubtful to finish in the top four. They are already out of the English Cup, with last night seen them losing the first leg of an English League Cup tie to lowly Sunderland. The days that Manchester United would make up any deficit at home seem to be over, at least  for the meantime. If they do lose the tie or even fail to win the English League Cup then their last chance to appear in Europe next season, even in the considerably less glamorous Europa Cup will be gone.

If these disasters on the playing field continue it seems a genuine possibility that Manchester United will not be appearing in any of the major European competitions for the first time in 23 years, which will have a knock on effect on the club’s profitability, already challenged by high overheads especially the cost of supporting a large and expensive player’s squad.

Manchester United’s magnificent stadium at Old Trafford has been used to capacity crowds of more than 75, 000 at every game. However, it doesn’t take a financial genius to figure out that income from gate money than even managed to cover the cost of his salary and expenses, meaning that the club has become increasingly dependent on sponsorship. 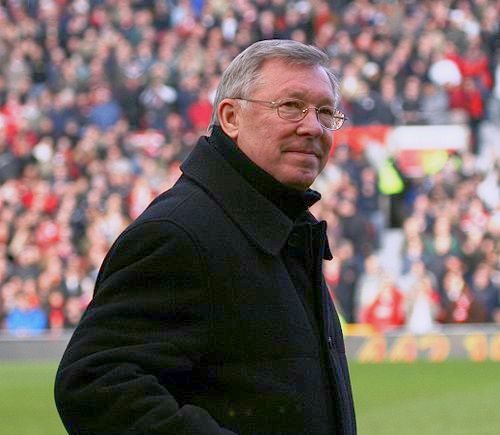 While during the Fergie years sponsors were queuing up to put their name on Manchester United strips or anything else attached to the club, they are liable to be a lot less inclined to do so if the club is struggling in the middle of the English Premier league and missing from the final stages in the European Champions League.

While David Moyes is obviously feeling the pressure, there are many soccer pundits pointing to the fact that since the Glazers gained control of the club in 2005, their spending power in the transfer market has been slowly restricted.  This was caused, initially by the Glazers need to repay the massive loans they had taken on to acquire control at old Trafford, and later by an inability by them and possibly by Ferguson to try match the big spending habits of some of their main rivals in the Premier League, initially Roman Abramovich’s Chelsea. Abramovich’s big spending has faded into insignificance  in the last five years   by Sheikh Mansour of the United Arab Emirates when he took over    United’s local rivals Manchester City in 2008

Since Sheikh Mansour  took over at  City their total expenditure on the transfer  market has been a staggering £775 million ($1.2 billion) compared to around £300 million ($450 million) in transfer fees that the Glazer’s authorized

What also should be taken into account is that during that five year period,  Manchester United succeeded in making history by transferring Cristiano Ronaldo to Real Madrid for £80 million ($120 million) as well as rotating their squad most seasons so that the club’s transfer outlay for that five year period was negligible.

While many people might find the kind of figures  that Manchester City are prepared to pay to buy players unsavory, it is the face of soccer today, with the World’s  leading clubs competing with their checkbooks to pick up the best players. They do so in an attempt to  guarantee themselves a place in the spotlight and consequently enjoy considerable returns on their investment through lucrative sponsorship deals.

With the winter transfer window just opening Moyes has apparently been handed a generous budget to pick up players and revive the squad which has been ageing over the last few years, with very few fresh faces coming in to replace them.

Most soccer fans agree that Glazer might be seeing the writing on the wall and is time to release funds. There are a lot of people out there thinking that it may well be too little too late.