The passing was recently announced of Lawrence Eliot Marcus, the fourth son of Herbert Marcus, co-founder of the Neiman Marcus department store chain. 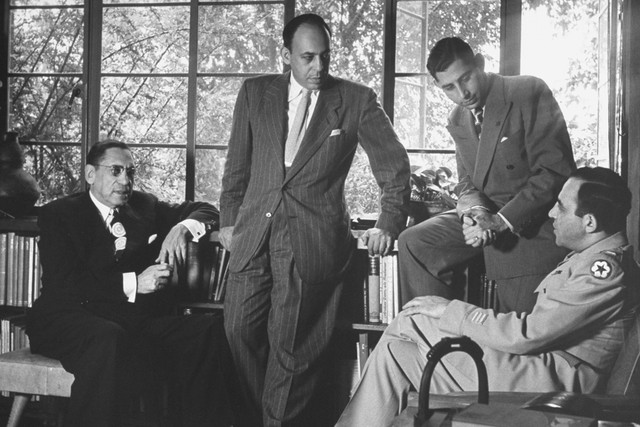 “Lawrie” as he was generally known was  a former executive vice president of the retailer, passed away on Friday second of November at the age of  96, at the UT Southwestern-St. Paul University Hospital in Dallas Texas. Cause of death was given as kidney and heart disease

To honor his memory, a tribute to Lawrence Eliot Marcus is due to take place on Monday, 11 November  at the Dallas Museum of Art.

Lawrence Marcus was the last surviving member of the second-generation generation of the Marcos family that play their part in building the Neiman Marcus retail chain to a level where gained international prominence. 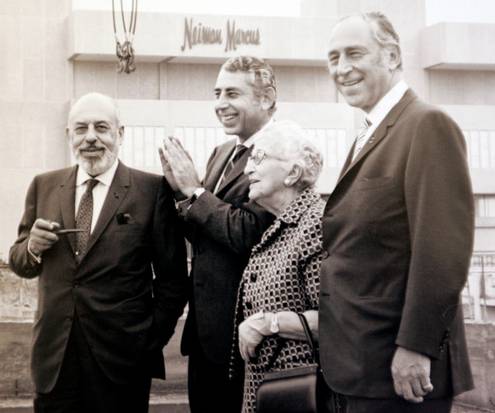 (L-R) Brothers Stanley, Lawrence and Edward Marcus celebrated the groundbreaking of Neiman Marcus at the Galleria in Houston with their mother, Minnie Marcus.

Lawrence  alongside his older brother Stanley took  the responsibility of managing  the family department store in 1950 after the passing of of their father, Herbert Marcus. While Stanley regarded by many as the driving force behind the success of the business,  those who were close to the brothers recognized that they worked together in close harmony, with both of their talents and contributes dovetailing nicely against the other.

President and chief executive officer of Neiman Marcus Group, Karen Katz stated that she, as well as her colleagues at the company, were saddened to hear of the passing of Lawrence Marcus, ” “He was an idea man and a master of marketing who often called me to talk about the latest trends in retailing. I will miss his thoughtful reflections on the store.” Ms. Katz summed up. 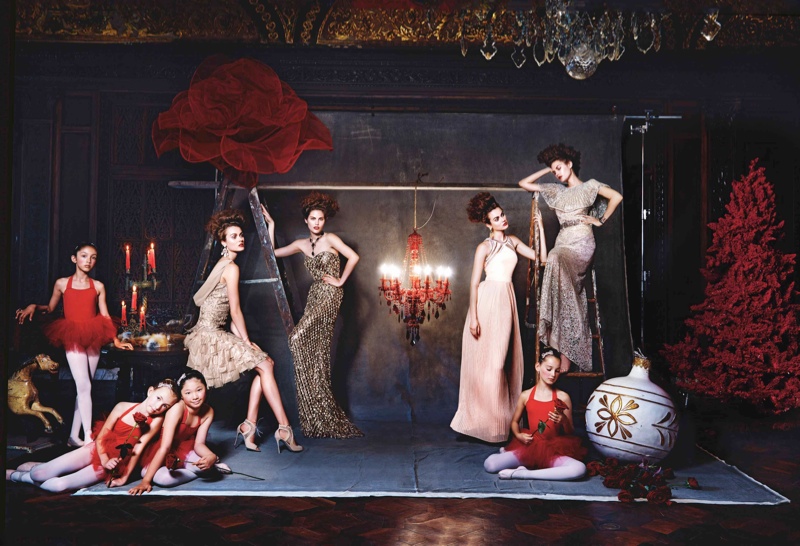 From the Neiman Marcus catalogue “The Heart of Giving”

During World War II Lawrence Marcus saw considerable action in the North African theater and was decorated for his bravery in the field.