Silbermann’s social network company is now reckoned to be worth $3.8 billion, after venture capitalists sunk in a further $225 million. 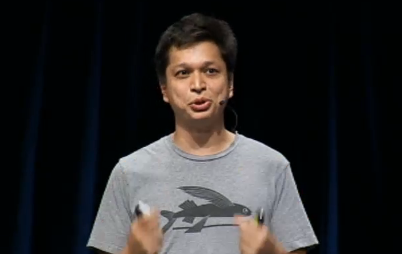 Despite not yet having earned a penny in income, Ben Silbermann has seen the company which he founded just three years ago, Pinterest consistently rise in value.

Just a few days ago the San Francisco-based portrayal reached another high, being valued at $3.8 billion after another round of funding, totaling $225 million. The funding round was led Fidelity Investments with a considerable participation also coming from the existing investors Andreessen Horowitz, Bessemer Venture Partners, FirstMark Capital, Rakuten the Japanese eCommerce company and Valiant Capital Partners.

This is not the first time in 2013 that Pinterest has raised money, with the rising star of the social network scene having already raised $200 million earlier in the year, when it was valued at just $2.5 billion.

Ben Silbermann who was the cofounder of Pinterest and has been its CEO ever since stated that the recent round of investment would go a long way in enabling the company to move forward in a more aggressive manner, through from beginning to expand internationally, whilst getting the wheels in motion to finally monetize the website. Silbermann went on to admit that he was aware that a considerable investment will need to be made in order to improve the technical aspects of the site, which is becoming larger and more complex all the time. There has been considerable feedback recently that the site was taking too long to load and navigation was becoming difficult.

Silbermann , as well has his investors, and hoping that the site’s popularity and ever-growing web traffic will see advertising income rise dramatically and see some return on their investment.  Bringing in some cash to the Pinterest coffers is finally becoming a reality, with a number of “promoted pin” adverts slowly beginning to raise their heads.

One of the online marketing industry’s  leading analysts stated that the latest round of funding is a very important development for  Pinterest as its provides them with some valuable breathing space in order to evolve its commercial model as well as delaying going public without having first established a credible business model.

Pinterest is estimated to have around 46 million users with the numbers increasing dramatically since the site went mobile.

Until 2013, Pinterest’s activities have been totally focused on the United States, although so far this year the company has launched consumer specific sites in the UK, France and Italy with plans well under way to increase coverage to ten more countries before the end of the year.

Ben Silbermann was born and raised in Des Moines, Iowa. After leaving high school Silbermann went on to attend the acclaimed Research Science Institute at MIT, later graduating from Yale University in 2003 with a degree in political science.

Before forming Pinterest, Silbermann spent some time in the sales operation at Google, before leaving to start his own company in partnership with a college friend, Paul Sciarra, with the aim of developing iPhone apps. After some stopping and starting Pinterest began to evolve, and , at least according to Silbermann, is still evolving.