Kotlowitz, a professor at Northwestern University’s Medill School of Journalism, was handed the award this week, for his part in producing the harrowing documentary. 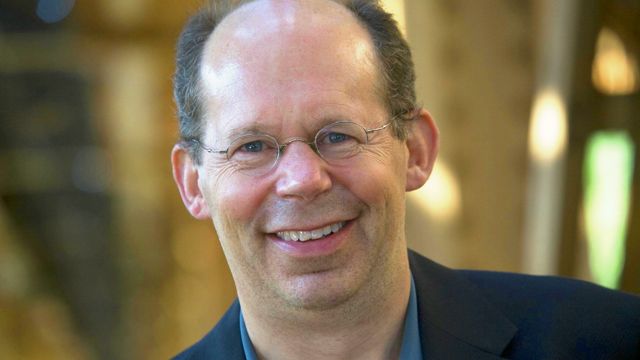 Alex Kotlowitz, who worked in conjunction with Steven James, best known for his 1995 documentary “Hoop Dreams, ” and Zak Piper of Kartemquin, the Chicago based film company in the production of “The Interrupters”, detailing the effects of street crime in Chicago and the innovate and courageous attempts to curtail it, has been awarded an Emmy for his efforts.

The trio began working on “The Interrupters” during 2009, with the documentary film following the lives of three individuals who acts as volunteers for CeaseFire Illinois, an organization who is attempting to control levels of violence in some of Chicago’s most troubled neighborhoods.

CeaseFire Illinois, founded by Dr. Gary Slutkin, interprets urban violence as being a form of social disease; accordingly the organization takes the courageous path of attempting to attack the “disease” at its source. Slutkin believes that the spread of urban violence is a parody of the treatment of infectious diseases, requiring similar treatment: Isolating those most severely infected, and the infection will be stopped at its source. A theory that Dr. Slutkin developed and tested at first hand while spending ten years in Africa attempting to curtail the spread of cholera and AIDS.

During the production of the “The Interrupters”, in late September 2009, the seriousness of the problem on the streets of Chicago was brought emphatically home to Professor Kotlowitz and his colleagues, when Derrion Albert, a 16-year-old honors student, was cruelly murdered when he was unwittingly dragged into a violent confrontation between two rival groups, while walking home from Fenger High School.

Despite the fact that Albert was the third teenager to be die as a victim of street violence during that September alone, and his murder became the focus of national attention, as a bystander, unable to intervene , captured the young man being cruelly beaten, receiving horrific injuries to which he later succumbed.

In the documentary “the Interrupters, ” Steve James spends time capturing images of Chicago’s inner-city violence and the gang problems that exist, particularly profiling the activities of CeaseFire Illinois volunteers, known as “violence interrupters”.

According to Professor Kotlowitz each of the individuals being followed were at one time involved in street crime, but have now reverted to become heroic figures doing inspiring work every day.

The Emmy was presented to Professor Kotlowitz and his colleagues on Tuesday first October in New York City as part of the News and Documentary Awards. The award was Alex Kotlowitz’s first after his second nominationץ

Alex Kotlowitz was born and raised in New York, but has lived in Chicago for more than thirty years. Kotlowitz graduated from Wesleyan University in Middletown, Connecticut, and is an alumnus of the Ragdale Foundation.

As well his writing and documentary writing activities off campus, Professor Kotlowitz are also writer-in-residence at Northwestern University, as well as a visiting professor at both the University of Notre Dame and Dartmouth College.

Professor Kotlowitz has also been a regular contributor to the New York Times Magazine as well as a radio presenter on National Public Radio (now NPR) with his radio series “Harper High NPR, also bring public attention to the problems of crime within the US public school system. The series, co-written by Professor Kotlowitz, detailed the experiences of students at the William Rainey Harper High School in the West Englewood neighborhood, on the south side of Chicago. In recent years no less than 29 students have been victims of various acts of violence including shootings

Other books published by Professor Kotlowitz include “The Other Side of the River: A Story of Two Towns”, and “Never a City So Real”, among others.

As well as being the winner of a Christopher Award, the Carl Sandburg Award as well as the Helen B. Bernstein Award for Excellence in Journalism, “There Are No Children Here” was picked out by The New York Public Library to be on their list of the 150 most important books of the twentieth century.

Professor Kotlowitz has also been the recipient of a number of awards for journalism including the George Foster Peabody Award, the Robert Kennedy F. Journalism Award and the George Polk Award.

In this article:Chicago, Finance, Emmy