Bialik, who first came to the public attention when she starred in the TV series “ Blossom” has become a co- chairperson in Core18, a fellowship established to help young and aspiring Jewish business people. 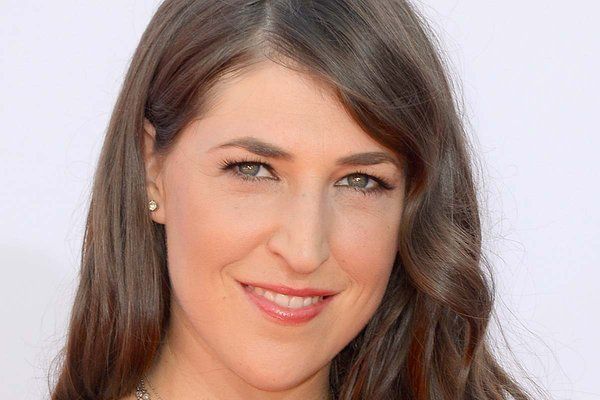 Mayim Bialik, began her career as a child actress, playing the part of a young Bette Midler in the classic movie” Beaches” has since gone on to star in two hit TV series, “Blossom” in which she played an awkward but well-meaning teenager and the current hit ” Big Bang theory”, in which she plays a scientific genius looking for love.

Now the multi-talented Ms. Bialik, who holds a PhD in neuroscience and keeps himself busy when she is out of the TV studio by operating her own blog, aptly titled Kveller.com, on the skills involved in Jewish parenting.

Despite her busy schedule Mayim Bialik has recently become involved in another project as co-chairperson of Core18.

Described as an entrepreneurial boot camp by her colleagues in the fellowship, Dr. Tal Ben-Shahar and Rabbi Jonathan Sacks, Core18 was established with the purpose of providing young Jewish leaders with a platform to build themselves, their ideas and their communities. The ideal candidate should be between the ages of 19 and 25, with the Core 18 project designed to provide those accepted, with lessons in business and leadership, whilst helping to them to understand and absorb traditional Jewish values.

The fully funded fellowship plans to recruit 36 young Jewish hopefuls to participate in the project with applications currently being accepted. The 36 places in the program, organized by Jerusalem U, a well known portal for Jewish and Israel education, are expected to be filled by mid October and the project will get underway in January 2014.

Those chosen will take part in a five months locally organized course followed by two months in Israel in the summer of 2014.

In a recent interview Ms. Bialik described the Core18 Leaders Lab as something akin to a mad scientist’s dream, in which the fellowship bring in emerging Jewish leaders and give them the connections, training and funding they’ll need to experiment with cool new ideas that can change the Jewish landscape while helping them to understand that there is more to life and more to a person than what the world sees on the surface.

“To do great things in the world, we must first seek greatness within ourselves, CORE18 is about daring to be more, to do more and to achieve more than you ever thought possible.” Mayim summed up.

As a child Bialik combined her studies at High School in North Hollywood, California with playing the part of Blossom in the TV series of the same name.

Mayim’s TV career was put on hold as she went on to attend UCLA, graduating with degrees in Hebrew and Jewish studies, later studying neuroscience, in which she gained her PhD.

In 2009 Mayim Bialik joined the cast of the hit TV comedy “The Big Bang Theory “ playing the part of Dr. Amy Farrah Fowler. Bialik’s role in The Big Bang Theory has earned her Emmy Award nominations in 2012 and 2013 for Outstanding Supporting Actress in a Comedy Series.

Mayim Bialik is well known for her beliefs in Modern Orthodox Judaism having featured in a number of YouTube cameos in the mode of her TV characters, Blossom and Amy Farrah Fowler, during which she discusses specific Jewish beliefs.

Bialik, who is a distant relation to Hayim Nahman Bialik, Israel’s national poet, co-chairpersons the Core 18 project with Dr. Tal Ben-Shahar a Harvard lecturer involved in the positive psychology field and Rabbi Jonathan Sacks who is the former chief rabbi for the United Kingdom.