Conduit’s Client Connect division  and Perion will combine to create a search distribution company that separately succeeded in generating $367 million in turnover for their last financial year. 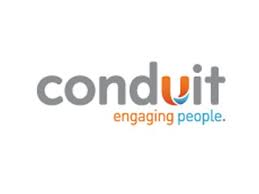 In what is being regarded by the market as effectively a reverse takeover Conduit will be paying out an undisclosed sum, but estimated to the between $100 million and $200 million to acquire the company. As part of the deal Conduit will be assuming Perion Network Ltd. (Nasdaq:PERI: TASE:PERI), where their market cap currently sits at around $153 million.

Launched in 2005, the Conduit group has a total annual turnover of around $800 million annually, with between a quarter to a third of that income being derived from their toolbar division, with a client base numbering than 260, 000 publisher and content partners.   Income for the mobile division is primarily based on a DIY app and mobile website builder developed by the company which they rent out to subscribers on a monthly basis, for a starting fee of $39 monthly. There is a complementary version available for beginners free of charge, but containing none of the enhanced features of the subscriber will person

Perion Network Ltd, based in the town of Redmond in Washington State was founded in 2000 by cousins Yaron and Ofer Adler.

Perion, who traded as IncrediMail up until 2011, designs and produces a range of consumer software, with its two main products being IncrediMail and Smilebox. Perion’s products have reportedly been downloaded over 150 million times, and are currently being used by a client base, numbering approximately 18 million from across the World.

In January 2006, Perion successfully issued an ISO on the NASDAQ, although on two separate occasions the most recently in March of 2009, the Company’s Board of Directors has authorized the buyback of shares in the company, valued at several million dollars. In August 2011, Perion completed the acquisition of Smilebox paying out $32 million for the photo sharing and social expression application.

After the signing Josef Mandelbaum, Perion’s CEO announced that the merger with conduit marks a transformational event for our company, making for a powerful combination for our employees and shareholders. “Our businesses complement each other and will enable us to increase investment in our monetization and distribution platform, mobile efforts, display advertising and product innovation. I am very happy to welcome all the talented Client Connect employees to Perion and look forward to continuing to build on the great success they have achieved to date.” Mr. Mandelbaum summed up.

Ronen Shilo, CEO and co-founder of Conduit also stated his satisfaction with the new  arrangement, adding that Perion is a thriving, public quoted company that shares our values of entrepreneurship and integrity.

Under the terms of the merger agreement Conduit will spin off their Client Connect division, including its monetization and distribution platform for publishers and developers, which will come under the trading umbrella of Perion.

The newly created and combined organization will be jointly managed by Josef Mandelbaum and Yaacov Kaufman, Perion’s current CFO. Josh Wine will join Perion as President will continue to manage the Client Connect division Dror Ere, co-founder of Conduit, and Roy Gen, Conduit’s CFO, will be co-opted onto the board of directors of Perion.

The transaction is scheduled to close in the early part of 2014, dependent on a vote to be held amongst Perion’s shareholders scheduled for November 2013, as well as other provisions including customary closing conditions, tax rulings and approvals of governmental authorities. Under the terms of the agreement no single shareholder will tell you to own more than 14% of the shares outstanding after the transaction has been completed.