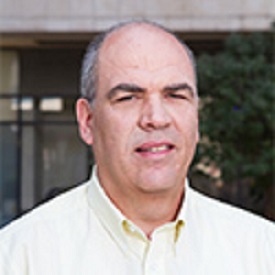 ClickSoftware Technologies, one of the world’s leading providers of automated mobile workforce management and optimization solutions geared to the service sector, recently announced that their joint CEO, Hannan Carmeli, has resigned his position with the company and will be leaving with almost immediate effect.

Carmeli, who has been with the company for seventeen, has recently held the posts of President and Chief Operating Officer during his time with ClickSoftware Technologies. What makes Carmelli’s departure surprising the fact that he was only recently promoted to the post of joint CEO, working alongside Dr. Moshe BenBassat, ClickSoftware’s Founder. Dr BenBassat will continue as CEO of the company which he founded in 1997.

When announcing Hannan Carmeli’s imminent departure a spokesperson for ClickSoftware explained that members of the board had determined that having two leaders at the top of the company was proving to be impractical. “As a result it was decided to revert back to a more conventional management structure of leadership in the Company’s best interest “the spokesperson summed up.

Dr. BenBassat went on to add that ClickSoftware continues to execute on its strategic plan through our powerful business mobility apps and our Cloud-based solutions for both large and small enterprises.

Hannan Carmeli joined ClickSoftware in 1996, initially to take up the role of manager of Product Services and Operations, being promoted to serve as Executive VP of Sales & Professional Services a role that he held until 2000, when he was promoted to Chief Operating Officer and later to President in 2008.

On the news of Carmeli’s standing down, shares in the Petach Tikva, Israel-based Company dropped by 1.5 percent, continuing a year-long decline that has seen the company’s shares fall by 19%.

In an attempt to reverse this trend ClickSoftware instigated a recovery plan beginning at the start of the year designed to bolster income through focusing on software applications for Smartphones, while at the same time beginning an expansion drive taking them into expanding Latin America for the first time as well as increasing their coverage through enhancing their cloud computing services.

Income from software licensing for the quarterly period ending in June dropped by four percent from the same period last year, to $6.1 million.

Shares in ClickSoftware dropped to $6.78 on the news of the unexpected departure of Hannan Carmeli.

In this article:Israel, George Soros, Finance