The coming month consists of several points of global and economic crisis.
Saturn and Scorpio combine with a March lion – this tends to mean a flood of warlike confrontations will be the focus of global activity, and cause immense economic crises.
14th  – 19th , conflicts between the superpowers will get worse in the Middle East, which could easily get out of control throughout September.

1st – 4th,  there will be winds of war. Alarming intelligence revealed may also affect economic stability.

3rd  – 9th,  expect to feel days of heavy and oppressive emotions. A very problematic aspect of Mars in Leo at 90 degrees to Saturn in Scorpio creates severe stress and again accentuates security risks and the threat of war. Necessitates the use of restraint and a firm pressure on the brakes in order to maintain control.

Broadening of the conflict relating to Syria, or any other place in the world, the situation would also adversely affect the economy.

11th – 19th, astrological map for President Obama gets into a huge difficulty and will affect his record in October.

17th to October 1st,  alignment of the stars becomes even more difficult. This is an aspect of war. Dramatic tension prevails in the conflict: Syria, Lebanon, Egypt and Israel are all intertwined somehow. May lead to a spiral out of control and certainly a feeling of pulling nails during a domestic dispute.
Signs of a return to the Cold War

The aspect of Mercury is square with Uranus, greatly affects global leadership and behavior . The relationship between Obama and Putin becomes harsher, and tension more visible .

Obama is the most difficult period of his presidency. It evolves into huge events and suggests maximum caution.
However looking at Putins’s astrological map shows apparently a fight with someone due to his huge ego .
There was never any real harmony really but also a kind of quiet mutual dislike . The presence of Saturn in Scorpio intensifies the problem. 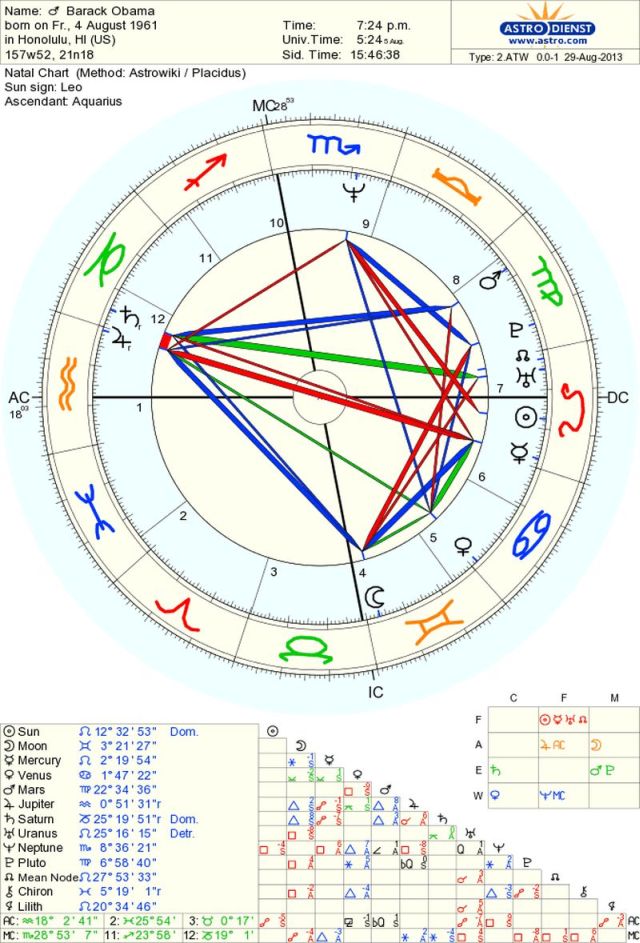 Hostility will increase markedly in September, the drama may be related to Syria. But even then, Syria expresses only the existing already problematic relationship .
Their relationship will range from open hostility and distancing coolness between the two countries, and this should peak in the middle of October.

Because Saturn is on Putin’s horizon in Scorpio this situation will move to a new stage. So may his career, when he will have to deal with the difficulties repressed to-date and now starting to bubble up with graater intensity.
This will trend from its beginnings related to Russia’s exist5ing domestic problems to the ever- increasing isolation of Russia internationally. 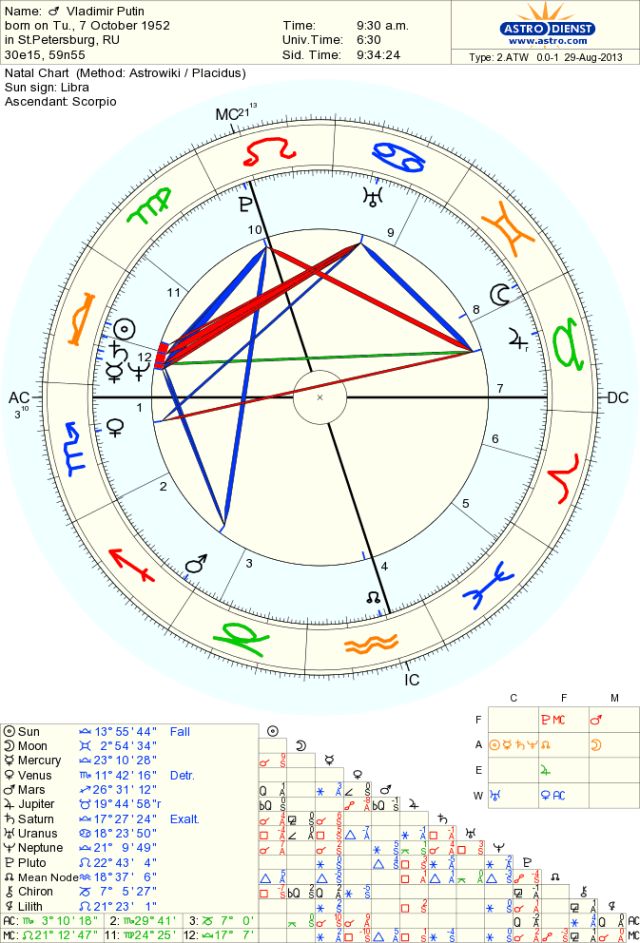 Obama, at this time, will feel the cold hand of political loneliness . During the following months the world will be a heavy burden on his shoulders. These conditions will also have a direct impact on global confidence and an unstable economic climate .
Is it back to the Cold War ? Apparently so .

Does it affect the global economy? Very much so unfortunately.

With Putin’s astrological map Saturn reaches the horizon of Putin and relations between Pluto and Uranus have a difficult aspect to his service, representing the potential for leadership or perhaps end his life. People in this situation are driving as if they have nothing to lose. Dangerous situation for all of us.