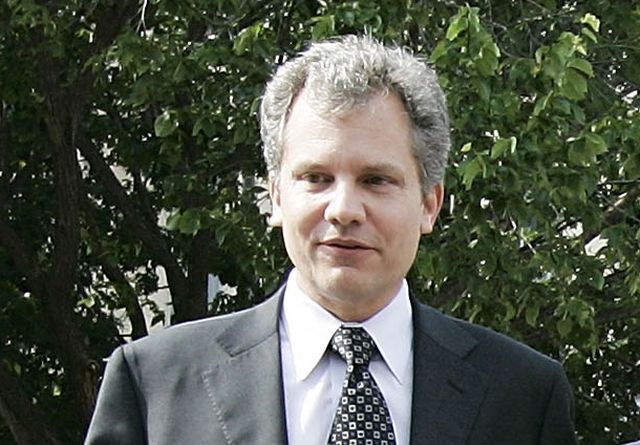 When the  Eugene Meyer family announced that they had sold The Washington Post to Jeff Bezos of Amazon after it had been the family for four generations of ownership, it left Sulzberger wearing the crown as the last of the generation of newspaper owning giants – but is that crown beginning to slip?

Arthur Ochs Sulzberger, Jr. was always a man born into responsibility as third generation of a family that established and maintained one of the United State’s leading publishing icons- the New York Times, acquired by his great- grandfather, Adolph Ochs in 1896. The New York Times holding company are also owners of the International Herald Tribuneas well a number of other related digital properties.

Sulzberger Junior finally took on the full weight if that responsibility in 1997 when he succeeded his father to become chairman of the board of the New York Times.

And now Arthur Sulzberger Jr. is the only remaining head of the “four families” who were the kings of the newspaper publishing empires of the twenties and thirties. The first to fall were the Chandlers family who sold the Los Angeles Times to the Tribune Company in 2006 or the Bancroft family who sold the Wall Street Journal and its parent Dow Jones Index to Rupert Murdoch’s News Corporation just a year later.

It might even be understandable after Donald Graham,  chairman of the Washington Post shocked the publishing world by announcing that he had decided to accept Bezos offer that the printing may be on the wall for private ownership in the world of newspapers. That means it’s time to begin courting for a takeover offer, with industry reports stating that there would be plenty forthcoming.

However it appears that Arthur Sulzberger Jr., is a big believer in tradition and continues to dismiss any possibility when questioned on the subject of a possible takeover or amalgamation.

One person who has been reputedly well-known for his interest in acquiring the newspaper for a long time to add to his publishing collection is the current New York Mayor Michael Bloomberg. Bloomberg, according to industry speculation, may be looking for a new interest if he decides to stand down or fails to be re-elected at some time.

What is for sure is that Sulzberger will be casting a curious eye on how to Bezos will attempt to inject new life into The Washington Post, which has not been enjoying strong financial results of late. If it transpires that Bezos has a trick or two up his sleeve and pushes the Washington Post back into profitability, then it may well l be difficult for Sulzberger to convince his family who hold close to 90% of the stock in the newspaper to stand firm in the face of a potential buy- out bid, especially since
it is common knowledge that the New York Times holding company has failed to issue any form of a dividend to its owners and shareholders since 2009. However it appears that, after a significant period where turnover in the newspaper group has been steadily declining, in the last year the newspaper publishing group has shown signs of financial stabilization with the last quarter showing only a minute drop in revenue. Although far from being enough, according to most industry observers, to convince several members of the Ochs-Sulzberger dynasty to hang on for better times ahead.

With these better times might possibly come is in the New York Times comparatively successful entry into the world of digital subscriptions, with more than 700, 000 having already signed up, indicating an increase of more than a third from the previous 12 months.

Add that to the fact that the dozens of Ochs-Sulzberger family going back as far as the fifth-generation are known to be a practically tight bunch, all of them having been schooled in the long running family culture and tradition. A tradition that sees them begins to attend official family business meetings in their mid teens and onwards, with one of the principal purposes being that they continue to understand their roles as “caretakers of The New York Times”.

Until now this form of indoctrination has been successful with no apparent signs of splits in the family that may signal a chink in the armor. However that chink, if it exists, may well become more obvious if some super wealthy conglomerate or publishing giants such as Jeff Bezos or Michael Bloomberg come waving a $5 billion check

After Sulzberger earning a Bachelor of Arts degree in political science from Tufts University , began what was always going to be his destiny in the newspaper publishing business as a junior reporter with a local newspaper , the Raleigh Times covering North Carolina for the years 1974 to 1976. Later Arthur Junior was dispatched to London to continue his education as a correspondent for the Associated Press, where he was to remain for a further two years, before coming home to join The New York Times in 1978, although as a correspondent in the paper’s Washington bureau.

Sulzberger eventually made it back to New York in 1981 continue his education as well as his climb up the managerial ladder all the way through the eighties becoming more involved at managerial level. His activities included  planning some of the companies major moves into  color printing as well as the moved out of the city of New York to a brand-new new custom-built automated color printing and distribution facility in Edison, New Jersey, with an additional plant being situated at College Point, in the Queens district of New York. Sulzberger was very closely involved, during that time,  with the transition of the New York Times into a six-section color newspaper.

During the Nineties, Sulzberger was also credited with the instigation and development of the New York Times’ innovative internet operations which led them to eventually become the first newspaper to successfully monetize their digital content which is now beginning to have considerable effect on the paper’s profitability.

The paper’s web domain “nytimes.com” attracting close to 150 million visitors annually, making it the most visited newspaper site with double the number of unique visitors to its nearest competitor.