Wapnick, managing director of Octodec and Premium, has recently announced that the company has embarked on a six hundred million South African rand ($60 million) refurbishment project involving 76 properties owned by them in the central business districts of Gauteng. 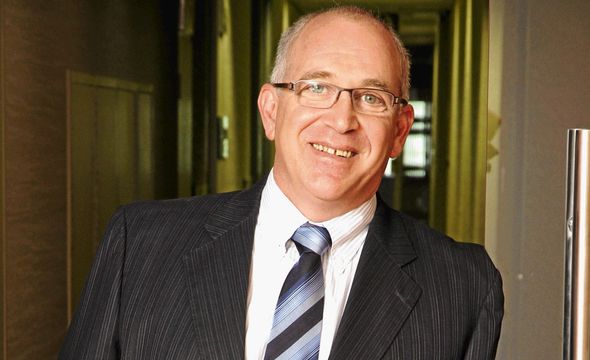 Jeffrey Wapnick’s Octodec and Premium are regarded as being among the leading companies in the field of real estate space in the Gauteng region of South Africa, with particular interest in the middle to upper end residential sector of the market.

In recent years, the group has focused a considerable part of their activities on acquiring and converting a number of water were once prestigious office buildings, particularly in the central business districts of Johannesburg and Pretoria, which were lying empty and had become dilapidated. Now thanks to considerable investments, what were once empty shells have been converted into a portfolio comprising in excess of 11‚000 residential units which have become increasingly in demand and valuable due to the South African government’s policy of making consistent an ongoing improvements in its major cities to prevent the growth of urban decay.

Now, buoyed by the success of their previous projects, , Octodec Investments (OCT) and Premium Properties (PMM) with a property portfolio in the  residential property of around 600 million SA Rand ( $60 million) ‚ are about to embark on another series of  projects, that will be valued at around four hundred million rand, which when completed will bring their  joint property portfolios up to more than 1 billion SA Rand.( $100 million ) in value.

Going into projects of that kind of scale is a sign of confidence, and that is what Jeffrey Wapnick appears to have in excess stating that in Pretoria alone,   of the eight thousand residential units currently under management by their rental agent division , City Property‚ only around fifty were looking  for tenants , a sure sign, according to Wapnick, that the strong demand for first class accommodation in the inner cities of was showing no sign of letting up.

Doing less well for according to Octodec Investments) and Premium Properties is the inner city office property rental market, whilst l in the retail sector demand was strong largely fuelled by increasing interest from national retail chains. Wapnick went as far as pointing out that what he described as ”prime retail” properties in South Africa is central business districts had zero vacancies.

Currently the Premium group’s property investment portfolio was estimated to have a current value of around at 4.7billion SA Rand ($470 million), with 30% of that being in the residential sector, while Octodec was estimated to be holding property assets of 3.7 billion SA Rand ($370 million), although the percentage of residential properties within Octodec portfolio was considerably lower.
Anthony Stein, Octodec and Premium’s  financial director  explained that the company was retaining their  “very bullish” stance, particularly regarding the outlook for inner city real estate‚ while that the demand for inner city properties the Johannesburg market. “The market has shown significant growth in recent years meaning that currently there remained just a few acquisition opportunities remaining.” Stein added.

In recent years, the property group had acquired number of properties in the Johannesburg Central business districts which they now plan to redevelop‚ while at the same time upgrading some of their property holdings in Pretoria‚ while taking advantage of development opportunities that were abundant in the city.

Octodec and Premium have been contemplating a number of office-to-residential conversions, which according to Wapnick,   would push Premium property’s residential holdings above the 30% mark, which, according to Stein would not make much of dent  in the massive demand for high quality inner city accommodation‚ “which is “ yet to be fully tested.”

Jeffrey Wapnick has held the triple role of Managing Director at Octodec Investments Ltd, Premium Properties Ltd and City Property Administration since 1998 as well as a number of associated companies, having taken over the running of the company from his father Alex Wapnick, who founded the Pretoria-based company in nineteen thirty-eight.

The Wapnick family is known for their generous contributions towards the building and maintaining of public parks throughout Israel.

In this article:South Africa, Finance