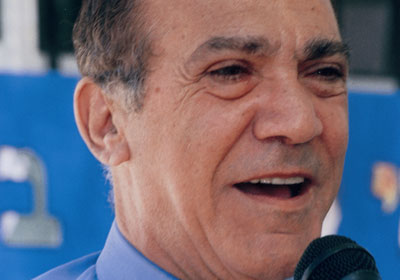 Alexandra Shamoon, daughter of the Iraqi born industrialist, Sami Shamnoon, who passed away in May of 2009, recently petitioned the Tel Aviv District Court requesting the immediate release of Gal Gottsegen from the position of the estate trustee. Ms. Shamoon alleges that Gottsegen has been guilty of both conflicts of interest as well improper use of the estate’s assets, valued at around NIS 1.7 billion. ($1 billion).

The late Sami Shamoon was born in Iraq, although he earned much of his fortune in Iran as a commodities trader, leaving just before the overthrow of the Shah’s regime to live in the safety and comfort of England, before moving to Israel in the eighties. Shamoon made some very wise investments in growing Israeli companies such as Teva Pharmaceuticals, with his estate owning a significant shareholding in the company. The Shamoon estate also holds more than twenty percent of the agricultural/industrial conglomerate Gaon Holdings as well as being the sole owner of Yachin-Hakal, Israel’s major citrus fruit growers, whose groves sit on some of the most valuable parcels of land in the center of the country.

Since Sami Shamoon’s passing in 2009, due to a series of legal wrangles only a small part of his estate has been freed for distribution to his benefactors, numbering more than sixty. However, the bulk of the billion dollars that will remain in the estate after the initial distribution stage is due to be bequeathed to the late Sami’s widow Angela and his daughter Alexandra.

Four years after his passing for reasons that the principal benefactors, particularly Angela and Alexandra Shamoon claim to be of limited legal relevance, Gad Gottsegen and have now raised the delicate accusation in court that the reason why Gottsegen refuses to release the bulk of the estate to its rightful benefactors is that the lawyer and one time close family friend is “ using the estate’s money to maintain a sumptuous lifestyle, and delaying and even frustrating the distribution of the estate in accordance with the will, in order to keep his obviously lucrative job as trustee for as long as possible.”

Other complications that may be attributed to the holdup is a claim filed two years ago in the Petah Tikva District Court by the managers of a Netanya orphanage who allege that Shamoon promised to donate $7 million to allow the construction of an orphanage in the coastal city.

In this instance Angela and Alexandra Shamoon are being represented by Yigal Arnon & Co. while the orphanage is represented by Dr. Jacob Weinroth & Co, two of Israel’s leading legal practices. The Shamoon’s claim that the late Sami’s final will, drawn, a year and a half before he passed away, shows no specific pledge towards making a substantial donation toward the construction of the orphanage.

Shamoon’s widow, Angela Joy argued that the claim was a “futile attempt on the part of the claimants to bear pressure on the estate to pledge a $7 million donation to the orphanage which is not mentioned in the will and which he clearly and explicitly refrained from donating while still alive”. Ms. Shamoon went on to point out that her late husband always conducted his affairs in a manner that showed his “pedantic and meticulous personality” despite being inundated with a multitude of requests for donations.

Yet despite his pedantic but generous nature, the bulk of the late Sami Shamoon’s estate still lies tied up in the hands of lawyers instead of going for the good of his loved ones.