–
The online trading platform  is seeking to raise $50 million at a company value of $225 million. 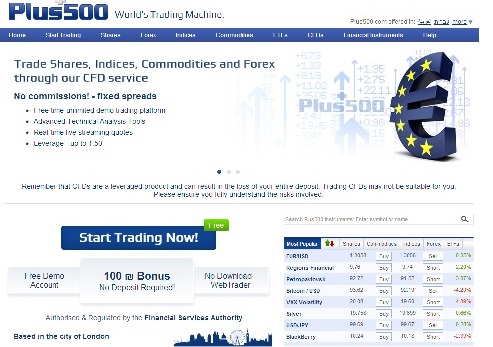 Israeli  Plus500 Ltd., an online trading platform, today announced that it plans to hold an IPO on London’s Alternative Investment Market (AIM). The company, is seeking to raise up to $50 million at a company value of $225 million (after money). This will be an Israeli IPO of a size that the AIM has not seen in a long time.

UK investment bank Liberum Capital Ltd. is nominated advisor and broker for Plus500’s offering. So far as is known, the offering will include an offer to sell by the company’s founders, and the exact size is not yet known.

“The company’s admission to the AIM and placing will support our growth ambitions, ” said CEO Gal Haber. “Britain is our largest market, generating a tenth of our income.”
Plus500’s new chairman is Alastair Gordon, the former CFO of the translation software developer SDL, and former William Hill Online CEO Henry Birch is a director.
Plus500 was founded in 2008, by CEO Gal Haber, a co-founder of Backgammon site Play65, managing director Alon Gonen and four others. The company operates an online trading platform for contracts for difference (CFDs) on shares, commodities, indices, foreign currency, and exchange traded funds (ETFs).

After the IPO, the founders will own 75% of Plus500 . According to the announcement , “All of the founders are actively involved in the group’s business, including board members.”

In this article:London, IPO, AIM, Finance