This week witnessed the final landmark in an extremely difficult and delicate period in the life of former head of the International Monetary Fund, Dominique Strauss-Kahn whose professional and personal life was torn apart as a result of a series of scandals and accusations levied against him, which have now been judged to have been without proper legal foundation. 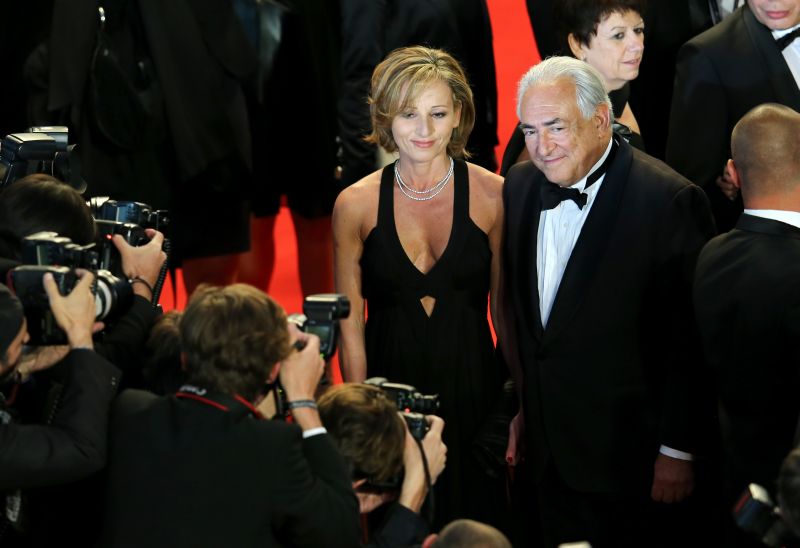 After close to two years marked by legal battles and in the shadow of scandal, French prosecutors in the city of Lille pulled down the curtain on what had been an almost tragic period in the Strauss- Kahn’s life which saw him plummet from the heights of being a genuine candidate to become the next President of France to having rebuild his career and his reputation from scratch.

The final stage in Strauss- Kahn’s nightmare came to an end, albeit a less than satisfactory one, when prosecutors recommended that the charges of procurement be dismissed against him, after the evidence that had been put before them in the case, where twelve men in total had been accused of one form or another of improper behaviour.

In what became known as the Carlton Affair, after the hotel where the trysts were held in Lillem  Strauss- Kahn’s part in the incident was dismissed as lacking in credibility with insufficient  tangible evidence of wrongdoing being submitted by the prosecution that would allow  him to be sent to trial.

While the prosecutors are convinced that they would find it difficult if not impossible to convict Strauss-Kahn on the charges, he may still not be entirely out of the woods, due to the judge in charge of the case still having the final word on whether to follow the prosecutor’s advice, or overriding it and insisting, in any event, on Strauss-Kahn standing trial. A situation that has had many precedents in French law.

Strauss-Kahn’s high powered legal team  have already  voiced  that confidence their client would be cleared, with the principal defence  lawyer, Henri Leclerc stated his satisfaction that the prosecutor shared his view that there is no admissible evidence of any crime or offence having been committed. Strauss-Kahn had previously admitted being present at parties where immoral behaviour may have taken place, both in France as well as in the United States. He has always insisted, however, that he was unaware that the women present were being paid.

Based on the assumption that the procurement charges will not make it to court, Strauss-Kahn will have emerged, battered and bruised and hopefully a lot wiser after two years of legal and emotional turmoil, at least without having been convicted of any crime.

His sexual peccadilloes first came to the public eye in May of 2011 when Strauss-Kahn was accused of attempting to rape Nafissatou Diallo, a New York hotel maid. To avoid the possibility of a prison sentence Strauss-Kahn admitted a sexual encounter had taken place but insisted it was with Diallo’s consent. Eventually after a delicate criminal investigation, Diallo changed her version of events, and to ensure that there would be no further reverberations, Strauss Kahn agreed to pay the African refugee an undisclosed sum as damages , with the incident finally being settled out of court  in December of 2012.

However not only had Strauss- Kahn’s reputation being ruined, but also an entire Pandora’s box of sexual allegations against the 63 year old, once described as among the most powerful people on the planet, with the Lille procurement case being just one of them.

As a result of the many scandals, Strauss-Kahn’s third wife, Anne Sinclair, a wealthy heiress and well known  former television journalist announced that should would be separating from the disgraced diplomat, with many rumours circulating that her parting gift to was to help pay a chunk of the million of  dollars in “hush money”  that Diallo was given.

With his nightmare hopefully behind him, Dominique Strauss-Kahn or DSK  as he is generally referred to  ( and refers to himself) is preparing to put his  considerable financial  experience and remaining connections  in the world of international finance at the disposal of the business world. His first venture will be in  South Sudan, at the behest of the recently formed government, firstly by opening his own bank in Juba, the new nation’s  capital city, which will trade under the title of the National Credit Bank (NCB).

DSK’s  private life is also reportedly back on track with a new partner, Media Marketing Executive Myriam L’Aouffir. The  new couple is certainly keeping a high profile, seen  arm in arm at the  men’s  French Open tennis championship final at Ronald Garros in Paris as well as at the film festival in fashionable Cannes.