Cuban, one of the highest profile entrepreneurs on the American sporting scene,  well known for his penchant for taking on cameo roles in TV series, has got himself back in the headlines by creating a  $100, 000 fund to  study  how American basketball players get away with faking  fouls during games. 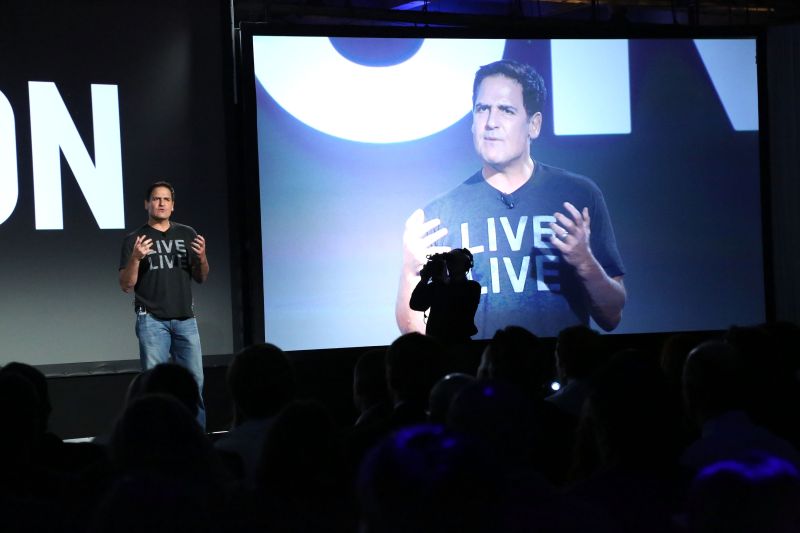 There is no denying the fact that Mark Cuban is a larger than life character, a self made man who has built up a considerable business empire in the field of media and entertainment, with his main focus in the sports business world being ownership of the Dallas Mavericks Basketball teams, one of the  thirty franchised member clubs of the National Basketball Association (NBA).

Like his colleagues in the NBA ownership circle, the hundreds of players as well as the tens of thousands of basketball fans, Cuban is concerned by recent legislation levied by NBA commissioner David Stern that will see players receiving considerable fines and ultimately suspension for being caught carrying out the practice of flopping. Flopping for those who are unaware of the rules that are part of the sport of basketball, is a practice that has crept into the sport in recent years where players, in what is essentially a very physical game, gave vivid impressions  of being illegally physically manhandled during a game in order to trick the match referee into calling a foul play. If the referee  decides that  the player was taking a foul and an injury ( flopping) they can be reported to the National Basketball Association and fined $5000, with these fines rising, and not always proportionally, each time the same player has been deemed by the referee to be a flopper.

With introductions of fines for those charged with the offence beginning only this season, the figures have yet to rise dramatically and to date no suspensions have been ordered by the NBA, with the number of offences being reported steady on the rise, Cuban and the rest of the club officials on the circuit have already expressed concern that the entertainment value of the game could be eroded with players holding back for fear of either being accused of fouling or flopping.

So concerned is Cuban that flopping can ruin his favourite sport and is a big earning franchise that he has decided to sanction a  more than $100, 000  in order that  researchers at the Southern Methodist University   (SMU)  in Texas to carry out an in-depth study, are expected to last more than 18 months , in to why players flop and what needs to be done to curb the practice.

The team of  researchers, to be headed up by SMU biomechanics expert Peter G. Weyand, will given this time to do an intensive study of exactly how much force is required to cause a player to suffer from legitimate loss of balance. They will  also examine how much of an extent players can influence the critical level of force via use of balance and body control.

“The issues of collision forces, balance and control in these types of athletic settings are largely uninvestigated, ” Weyand explained “There has been a lot of research into balance and falls in the elderly, but relatively little on active research has been carried out  relating to adults and especially athletes.” He summed up

Although it may sound to the casual observer as  been a very  flippant issue, the long-term effects of flopping  is a great concern for  those involved in the sport  mostly because it has become increasingly used  as a method of deceiving  the match officials.  Generally regarded as being  unsportsmanlike behavior , the practice of flopping is very widely practiced not only in basketball but also in other lightweight contact sports such as soccer.

The National Basketball Association(NBA) have been aware of the practice for many years and even went as far as adding set rules against  it way back in 1997, of all these rules were never taken that seriously and were restricted to the crucial areas near the basket. In basketball vernacular, these type of offences and known as blocking fouls or no-calls.  With the practise seen to be spreading in recent years, before the start of the  2012–13 season,  NBA officials took the bull brought by the horns, and announced that they will begin to issue fines  for players found guilty of flopping.  In addition players who are judged to be consistent  offenders could find themselves ejected from the field and if they accumulate sufficient points could find themselves suspended for a number of games.

So far no NBA players have been suspended and the highest fine weather today is $5000, however NBA commissioner  David Stern has already come out and said the penalties  currently being imposed  are not enough.

When questioned on whether the research that Mark Cuban has agreed to fund will make a difference , SMU representative Peter G. Weyand suggested that “findings could conceivably contribute to video reviews of flopping and may well play a role in the subsequent assignment of fines possible suspensions.

Mark Cuban was born  and raised in the suburb of Mount Lebanon,  Pittsburgh, Pennsylvania,  first studying at the  the University of Pittsburgh, later transferring to  Indiana University,  graduating from the Kelley School of Business with a bachelor’s degree in business administration in 1981. .During his college years, Cuban continued to display his strong entrepreneurial spirit involving himself various business ventures, including a pub, disco lessons, as well as a highly lucrative chain letter scheme.

After leaving university, Cuban moved to Dallas, Texas where  he found a job as a salesperson for one of the first PC software retailers to open in the city.

Driven on by his success in computer sales Cuban started his own company company, MicroSolutions, a system integrator and software reseller. The company rapidly made its new name for itself due to a combination of Cuban’s larger-than-life personality  as well as their expertise in the early  software technologies.    Cuban expanded  MicroSolutions to a level where he sold  them for the considerable sum of  $6 million, walking away with approximately $2 million after taxes.

Much of that money was ploughed into Cuban’s next venture, a sports reporting internet site  Broadcast.com which he sold to Yahoo! in 1998 for $5.9 billion, which the sale financed by Yahoo stock.

With the Yahoo stock becoming a regular “dripping roast” Cuban began to diversify his own business activities, acquiring the NBA franchise for Dallas Mavericks, as well as establishing the Landmark Theatres chain, the Magnolia Pictures production company, and becoming chairman of  AXS TV, an  HDTV cable network.