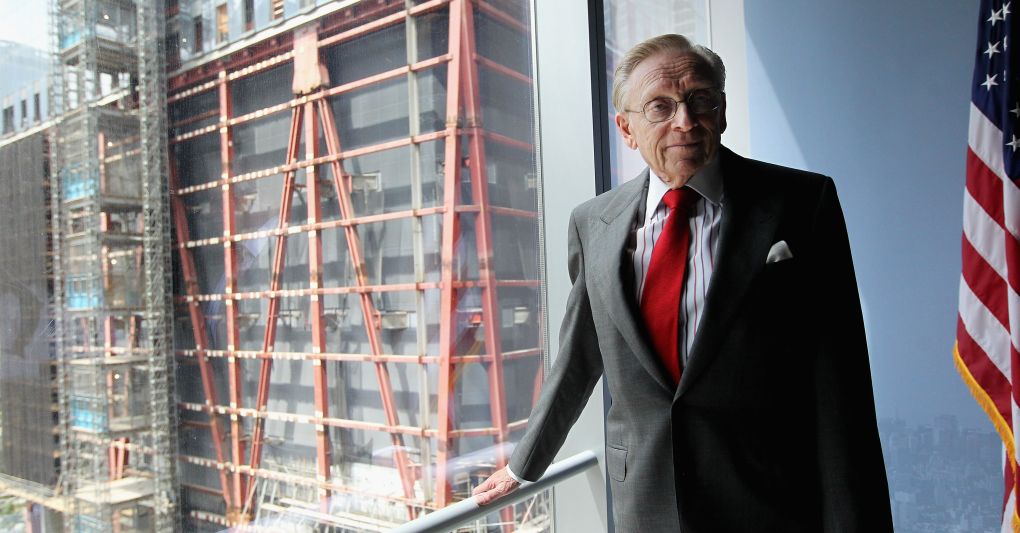 Fresh from his recent announcement of securing financing for a major residential and hotel building in downtown Manhattan last month, in which Four Seasons Hotels will be the hotel component, Larry Silverstein of Silverstein Properties, and the developer of New York’s World Trade Centre, has made a new announcement today about international expansion.

The company currently is focused on building mixed-used development including office, residential and retail properties in the Qianhai district of China’s southern city of Shenzhen, the chairman of New York-based Silverstein Properties Inc. said today.

In Israel, Silverstein will focus on hotel and residential properties, because of the country’s growing economy and oil and gas reserves, he said, without elaborating.

Silverstein, after more than five decades of investing almost entirely in New York City real estate, in 2011 made his first foray outside the U.S. in Poland, one of Europe’s most in-demand property markets. He joins non-Chinese developers including Tishman Speyer Properties LP in venturing out into the world’s second-largest economy to capture growing demand in China. A little late to the party he certainly has the expertise to catch up relatively quickly without being taken advantage of by local interests.

“My view is that these countries — U.S., China, Israel and Poland — are where our future is going to be certainly in the next five years, or probably longer, ” Silverstein, 82, said in an interview in Shanghai yesterday. “Because I’m so focused on the best in terms of quality, there’s no time for anything that’s secondary.”

Shenzen is a major city in southern China in the province of Guangdong, which sits opposite Hong Kong at the mouth of the Pearl River. Qianhai is a 15-square-kilometer zone on the west side of Shenzhen, that the Chinese government is seeking to develop into a financial-service hub. Companies in the area will be encouraged to sell yuan-denominated bonds in Hong Kong and to experiment with cross-border loans in the currency, the National Development and Reform Commission said last year.

Shenzen has been “twinned” with a number of cities and in 2012 for the first time was twinned with Haifa, Israel.

The area, expected to host financial and services companies, was created by China’s State Council in 2010 and has business friendly laws that model Hong Kong-style administrative structures. Silverstein is also looking at opportunities in Beijing and Shanghai, where it expects to build communities similar to the World Trade Center neighborhood, he said, declining to elaborate on the amount of the investment.

A major New York City based property developer for over fifty years, Silverstein Properties was the original developer of the World Trade Centre, and which he is now re-developing in conjuntion with the Port authority of New York. Founded by Larry Silverstein, who is now 82, Mr. Silverstein still calls all the shots though he is clearly showing no signs of slowing down. In fact he has long been known as the Energizer Bunny of New York real-estate developers. Recently, though he announced we would be stepping back from the CEO role during 2013 and just be Chairman, and leave running the business to current co-CEO Marty Burger. His daughter Lisa is also a Senior Vice President of the Company so the way has already been prepared for the next generation of management.

“More and more I walk into rooms filled with real-estate people, and I recognize less and less of them as the years go by, ” says Mr. Silverstein, who turned 82 years old in May.