Hillel Nahmad,  one  of the famous art dealers in New York, has been arrested in the Carlyle Hotel in Madison Avenue Gallery last Tuesday. Nahmad, along with more than 30 suspects, are being charged with laundering the proceeds of more than  $100 million in illegal gambling through an international  ring, operating hundreds of bank accounts and shell companies in Cyprus and the U.S. On the hearing last Friday, all defendants pleaded not guilty. However, Judge Jesse Furman has already determined  a trial date:  June 9, 2014.

According to the media, top celebrity figures like Hollywood stars Leonardo DiCaprio, Ben Affleck and Nick Cassavetes have been documented by police cameras while taking part in the L.A games, operated by the international gang. 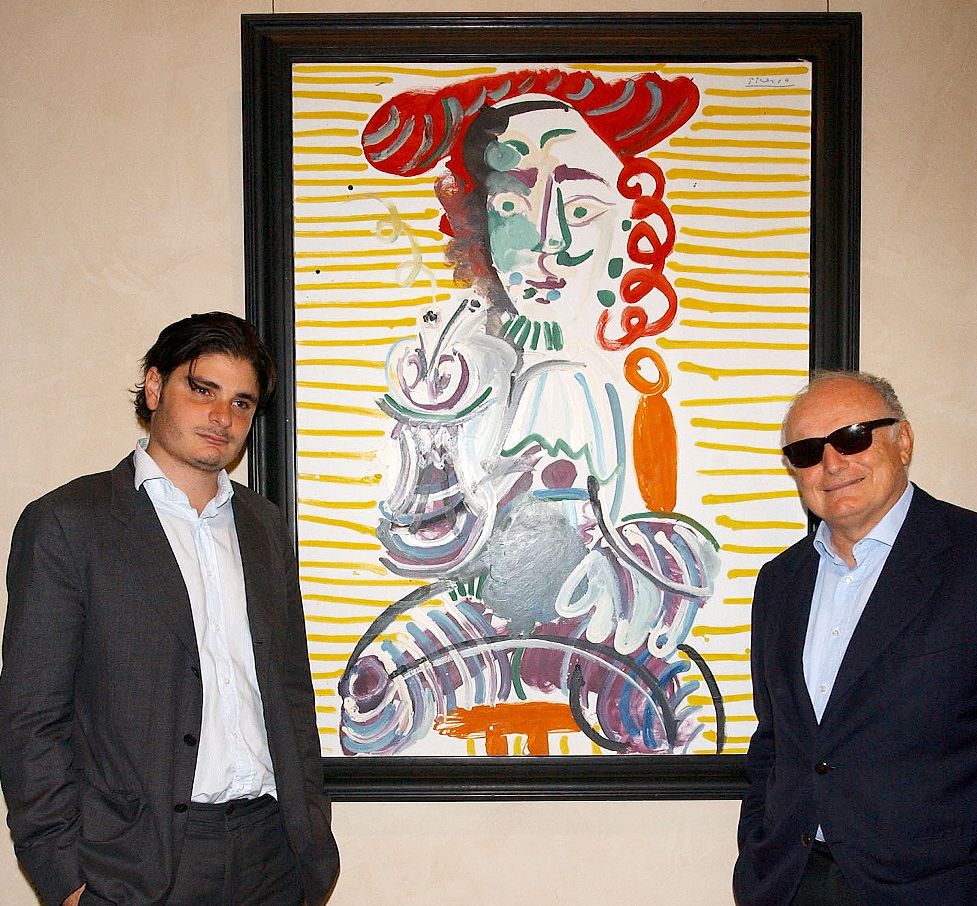 Federal authorities claim, that Nahmad, 35, used to wire large amounts from  his father’s international accounts in Switzerland to local U.S accounts, in order to finance the illegal gamblings. Nahmad was also charged with attempted fraud for trying to sell a piece of art  worth $250, 000 for a sum of $300, 000.

Another celebrity who was arrested was Molly Bloom, 34, the sister of Olympic skier and Philadelphia Eagles  football player Jeremy Bloom,  also known as L.A ‘Poker Princess’. Between the years 2006-2009  Bloom was using her family connections to host poker games for top Hollywood stars like DiCaprio,  Affleck,   Matt Damon , and Tobey Maguire and famous athletes in L.A.  According to the prosecution, at some point Bloom decided move her business to the big apple, focusing on wealthy Wall Street bankers, but was forced to  leave New York  in 2010,   after an unpleasant encounter with 2 “Eastern European thugs”.

The thorough Federal investigation documented thousands of  phone calls in English and Russian, many e-mail accounts, and collected data from hundreds of bank accounts. According to the official statement, a senior member of  the Russian mafia who was also involved in the alleged gang is Alimzhan Tokhtakhounov, once indicted of fixing sports events at the 2002 Winter Olympics. Mr. Tokhtakhounov’s alleged social circle includes friends who are closely related to the most powerful man in Russia,   Vladimir Putin. It was also noted that  both Hillel (Helly) Nahmad and Tokhtakhounov are living in the 721 Fifth Avenue ‘Trump Tower’. Unofficial voices are telling that other prominent financial figures are involved, some of these names have been connected with illegal gambling before.

Mr. Nahmad’s attorney, Mr. Benjamin Brafman, told the press that: “We do not believe that Mr. Nahmad has knowingly violated the law.” In any case, this affair, involving Hollywood glamor, International crime scene and lots of money will make more headlines as more details are revealed