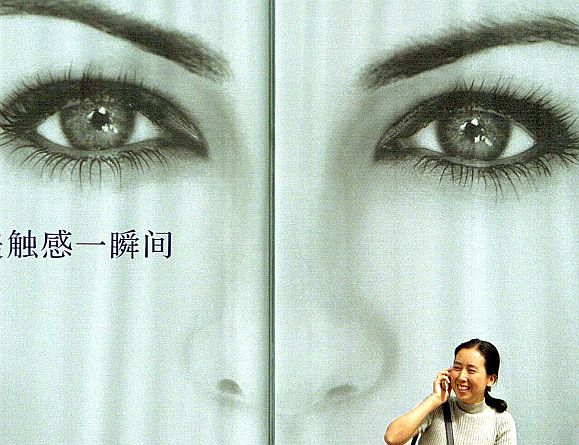 Please help us out :
Will you offer us a hand? Every gift, regardless of size, fuels our future.
Your critical contribution enables us to maintain our independence from shareholders or wealthy owners, allowing us to keep up reporting without bias. It means we can continue to make Jewish Business News available to everyone.
You can support us for as little as $1 via PayPal at office@jewishbusinessnews.com.
Thank you.
The Chinese cosmetics market has annual sales of $25 billion and has been growing at 17% each year, according to Lusha Neu, Director and Partner in the international consulting company Apco Beijing.  She indicated today that this represents a major opportunity for Israeli cosmetics companies who may want to participate in this market with their in many cases excellent products.
Ms. Neu was speaking at a seminar “Business Opportunities and Regulatory Requirements of the Chinese Cosmetics Market” which took place today, sponsored by the Israel Export Institute in conjunction with Apco International and Israel’s Trade Administration represented by Eliran Elimelech who is Commercial Attaché to the Israel Embassy in Beijing.
Ms. Neu focuses on investment, government relations and press relations and has worked with many prominent companies in China.  At the seminar she met the representatives of many Israeli cosmetics companies interested in the Chinese market, and presented them with detailed data on the market there.
In recent years the Chinese cosmetics market has become the third largest in the world after the U.S. and Japan, and is predicted to continue to grow rapidly in the future: as much as 58% by 2015 according to the Chinese National Bureau of Statistics. Ms. Neu explained that existing and anticipated growth can be attributed to China’s fast growing middle and upper classes who like to spend money on western brands.  She  also stated that since 2010 there has been an increased emphasis on premium products and categories will now also expand in several more areas: baby care products, anti-aging products and toiletries for men.
There are over 5, 000 domestic cosmetic companies already active in China, of which 90% are local small or medium sized companies. In contrast the market share of international brands is about 80% with most of the the world’s top 50 cosmetics companies – L’Oreal, Shiseido, Estee Lauder and others – already participating in the Chinese market. In light of this, Israeli cosmetics companies have a golden opportunity to participate, especially for companies that manufacture products from the Dead Sea which enjoy great fame and demand in China, and have many virtues attributed to them.
Nitzan Paikov, cosmetics industry Manager at the Israel Export Institute,  said that there are a number of different obstacles in the regulatory and marketing requirements facing Israeli exporters to the Chinese market. After identifying the potential of the market,  he stated the Israel Exports Institute had initiated a unique multi-stage project to assist cosmetics companies penetrate this important market.
According to the Israel Export Institute, in 2012 Israeli cosmetics industry exports totaled approximately $576 million, representing an increase of about 7% compared with 2011. Exports to the EU in 2012 totaled approximately $234 million, or 41% of the total; North America accounted for a further 30%.
In this article:Israel, China, Finance