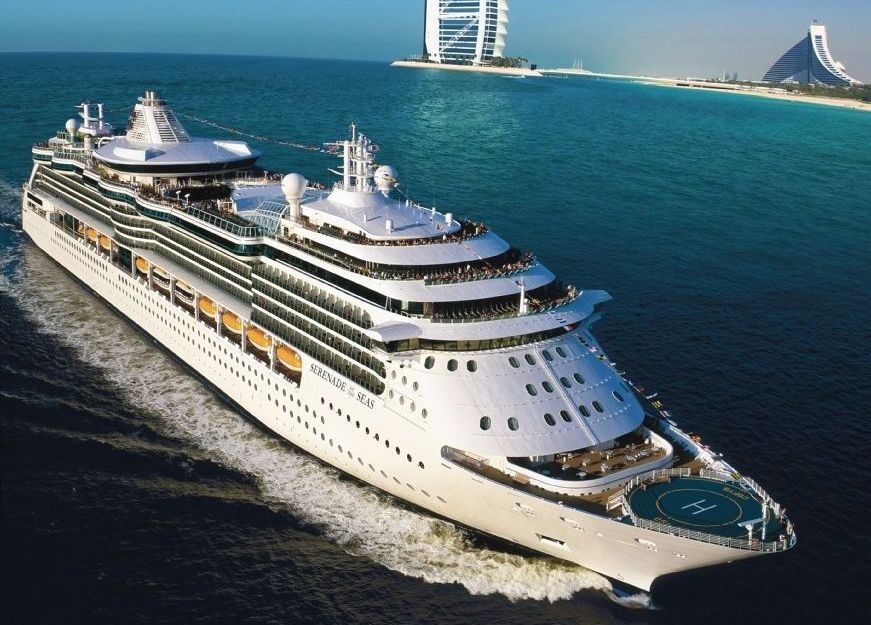 In April 2013, Royal Caribbean will launch a new leisure ship the likes of which has not been seen before, according to the  President and CEO of the company, Adam Goldstein, in an exclusive interview with Jewish Business News: “We have yet not said anything about “Quantum of the Seas” says Goldstein proudly, “it will have features that have never been seen before.  We are very excited.  Royal Caribbean is noted for the fact that people look at our ships and say: WOW.  We expect to continue to grow because we can see the growth of the cruise industry around the world.”

Cruise tourism which began to flourish in the 70’s and 80’s of the last century-is growing at a greater rate than other branches of tourism. But in the wake of recent and well-publicized Carnival Cruise Lines problems with the Triumph,  Dream,  and Legend, which saw passengers living with sewage and other unsanitary conditions (for days in the case of the Triumph), Senator Charles Schumer calls for cruise ship ‘Bill Of Rights’ that would ensure ships have sanitary conditions, backup power and medical staff.

How do such events affect you? I asked Goldstein

“Within the company as well as in the industry we underwent testing of all the relevant areas and took additional steps in order to improve our safety”, he replied, “in the marketing field the effect of the Costa Concordia event has been dissipated gradually over the past year, first in North America and then in Europe.”

Goldstein explains that Europe is difficult for them at this time due to the problems of the Euro and the banks, much more than the scope of their industry.

“In any event”, he emphasizes, “the passengers have the right to feel secure and we must concentrate on increasing this feeling.  We continue to learn from these incidents and give them our fullest attention.” 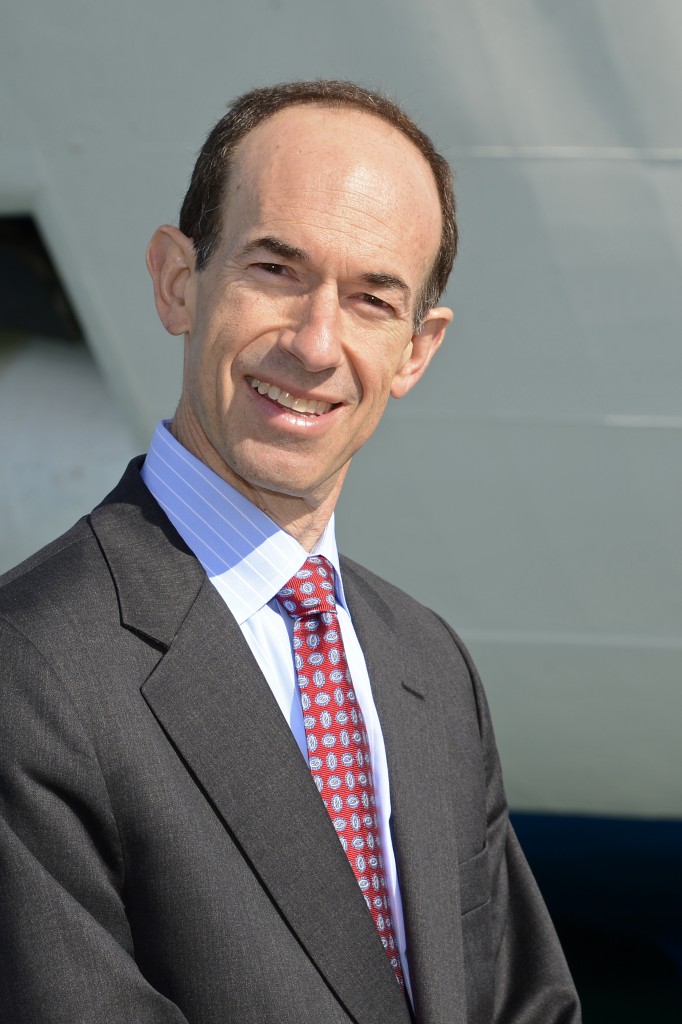 Goldstein adds that while sailing involve risks, “our responsibility , as management, is to identify and evaluate the dangers, and to take the necessary actions to minimize them.  This is an obligation that includes all senior management and the directorate.  In fact, it involves all the cruise industry.  The Cruise Lines International Association (CLIA) has developed into a world organization that has launched many initiatives to cause this safe industry to become an even safer one.

In February 2013 Royal Caribbean the second largest leisure cruise company in the world (after Carnival) reported a fourth quarter loss due to a one time allocation of $414 million and provided a disappointing forecast for the current year.

The company listed a fourth quarter loss of $393 million dollars, or $1.8 per share as opposed to a profit of $393 million or 17 cents per share for a similar period of the previous year.  The fourth quarter loss was significantly higher than analysts’ predictions.  The company listed an allocation of $414 million with most of the sum due to reduction of reputation connected with a national brand.

Helen Beck the who is in charge for Europe, the middle East and Africa for Royal Caribbean visited Israel  recently and explained that the reference is to the company’s Pullmantur brand that have created the financial problem.

At the top of the list the company listed a quarterly income of $1, 81 billion dollars, and a growth of 2% over the same period the year before.  The analysts’ forecasts were for an income of $1.82 billion. Looking forward, Royal Caribbean expects a profit this year of 2.3-2.5 dollars a share which is less than the analysts’ predictions of 2.67 dollars per share.

Today Royal Caribbean owns 22 luxury ships that sail to some 270 ports in 72 countries on 6 continents.  Among the most popular ports of call are; Alaska, Canada, Europe, Australia and New Zealand.

In the near future Royal Caribbean will launch two new ships, the “Quantum of the Seas” and the “Anthem of the Seas” which will be launched in the spring of 2015.

In addition, Royal Caribbean and the leisure company MGM have joined together to offer a unique vacation package and perks.  Among them are VIP cards for different performances and competitions in the world, cabin upgrades, VIP services and more.  Under the ownership of the leisure company MGM high class hotels include: MGM Bellagio, Grand, Mandalay Bay and Mirage.

Uri Schnabel, managing director of the Sunorama company specializing in the field of vacation cruises in the world and the representative in Israel of Royal Caribbean, says that Goldstein was the person that, among other things, already understood twenty years ago that branches had to be opened in various countries and in this way increase the number of ports to which his ships could sail.

However, unlike previous years Royal Caribbean ships and those of its subsidiary company, Celebrity Cruises, will not anchor in Israeli ports in the coming cruise season.  According to Beck, “we are feeling the concern of our passengers regarding sailing into a troubled area. The situation in the area concerns us and we always look at the situation in every area  as we do today for example when there are problems between Japan and China and perhaps we will need to remove our ships from Japan as well”.

In the interview with him Adam Goldstein confirmed this fact “we require that the situation in an area must be peaceful before we can let our ships sail to Israel and Egypt. We hope that this will be sooner rather than later.” 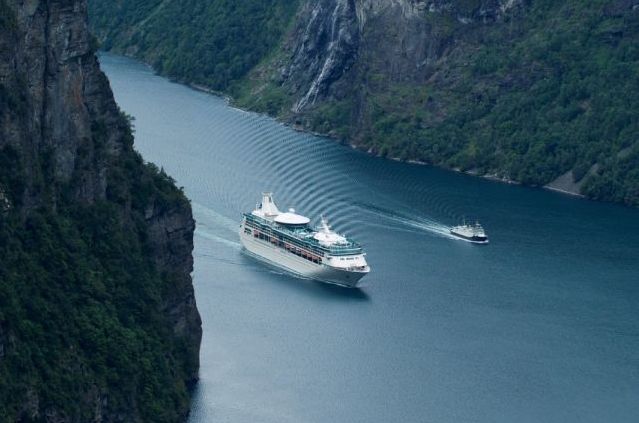 Adam Goldstein, managing director and president of Royal Caribbean  joined the company in 1988 and served in a number of functions beginning with marketing, international sales and market development.  Later there were added to his functions supervision of the activities of the fleet of luxury ships, development of the brand, management of the supply chain, government relations and the routes of the subsidiary company Celebrity.

As one who is very familiar with the company and all of its elements and levels, his appointment as President in 2005 and later also as CEO of the company in 2007 was natural.  However, Goldstein who also serves on the board of directors of the Travel Industry Association  of America (TIA), still feels that what in the end got him the job as President and CEO was “hard work and luck”.

“I was lucky to work for many years in marketing”, he explains, “at a time when the company developed worldwide and the element of vacation cruises entered the mainstream.  After ten years in the position I took a chance and became the head of operations.  This position prepared me for the positions as President and CEO.

Goldstein completed with honors, his studies in Public Affairs at Princeton University.  He holds a degree in law from Harvard as well as an MBA with honors from INSEAD, the European business school in Fontainebleau, France.

Goldstein and his wife Cheryl have two children, David and Julie and they life in Miami-Dade county Florida.

-Do you need special skills in order to serve at the head of a company such as Royal Caribbean or can it be managed like any other industrial firm?”

“Leadership skills are needed in any firm in which many people must work together well.  However we really believe that our business is especially complicated and demanding.  If you take all elements of sea travel and add to them the variables associated with the service industry, you get business challenges that are truly unique.  We try to think in a strategic manner and to continue to maintain the best talents.  We try to serve the interests of our stockholders, clients, workers and the communities as best as we can.”

-Does this work fulfill a dream, or did you dream of other things?”

“ I really was trained to be a lawyer.  I never dreamed that my career would develop the way it has at Royal Caribbean.  Fortunately I have been able to realize my other ambitions such as starting a family, being an athlete and being involved in social activities such as “our kids”, a non-profit organization for helping needy children requiring foster homes.”

-As a person constantly dealing with other people’s vacations, how do you spend yours?”

As a family we love to travel to the state of Maine.  We own a house on a lake located in a forest and I love to go there.  I compete in races of 1, 500 meters, and like to train with people my age (53).  I am stronger and faster than I was years ago and hope to remain healthy. And yes we love to go on cruises and also to ski, ”

It turns out that until now Goldstein has never taken a European cruise, although he has spent time there on business.  And where would he like to sail to? As a matter of fact to the Mediterranean: “I took portion of a cruise to the Baltic States, however I would like to sail to Turkey, Greece and Croatia.  Also to Antarctica and the Panama canal.”

-Do you have any hobbies?

“My hobby is table tennis and I take private lessons once a week.  By the way, recently we had on one of our ships in Florida a group of disabled Israeli sportsmen and I played table tennis against two of them. They won but I enjoyed playing with them very much.”

-Do you have any family relatives in Israel?

“My family arrived in America in two stages. The first was in 1880 and the second  in 1890.  So that even my grandparents were born in the US.  Their parents came from Poland, Russia, Hungary and Romania and one even came from Spain.  Anyone left in Europe did not survive.  I have heard of distant relatives in Israel however I have no idea who they might be.”