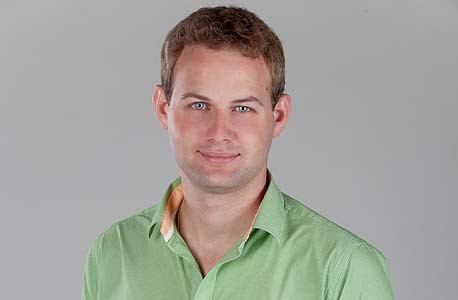 Amit Avner, only 26 years old, opened his eyes one morning to discover that his future, and the future of his Taykey ad targeting company, seem rosy indeed.

The magazine and website Under30CEO.com chose him as one of the 30 most promising young entrepreneurs in the world. This list has included, among others, Internet giants such as Facebook‘s CEO Mark Zuckerberg (28), Instagram‘s directors Kevin Systrom and Mike Krieger (29 and 26, respectively), Tumblr‘s CEO David Karp (26) and others.

Apparently, Avner is the first Israeli to get included in the prestigious list, which is published annually.

Those who know Avner are not surprised. The young Israeli-American, who now lives in New York, began his career in the world of development when he was a boy of 10. At the age of 14 he had already created a search engine of his own – WittySearch – thus winning recognition as a computer engineer. By the age of 18 he was already recognized as a genius when he created bWitty Notes, a social note-taking platform.

In addition to these enterprises which he formed during junior and senior high school, Avner worked as a software engineer for various startups. He then served in the Israel Defense Forces in a computer unit and engaged in research and development of new technologies.

Amit Avner was first brought to the attention of  the public at the age of 23, when the Israeli financial daily “The Marker” referred to him as one of the individuals under 40 worth watching.

And, indeed, in line with such expectations, he founded a startup, Taykey, in 2009, with two friends, Omer Dror and Itay Birenboim. Taykey uses real-time topic analysis to help companies target their ads. The company started in Israel and rapidly expanded, opening offices in New York.

From the beginning, some giants in the industry have shown keen interest in Taykey and now, three years since the venture began, the company is providing technological support to the advertising platforms of Google, Facebook and Twitter. Amit serves as CEO and product director in addition to being in charge of business development.

To date Avner has raised $12 million for the company from venture capital funds, including MAGMA and Softbank Capital. The company ended the 2012 fiscal year with tens of millions of dollars in revenue.

In an interview to the Israeli website “Newsgeek”, Avner outlined his goals: “Taykey, ” he said, “is not a $100 million company but a billion dollar one, because our technology is good at predicting trends, long before the rest of the Web does.”

Besides Avner, this year’s Under30CEO list has in it some new names of young, bright and promising individuals, including: Matt Mullenweg (29), the man behind the blogging platform WordPress, Jessica Scorpio (25), CEO of GetAround, which deals with peer-to-peer car rental and Jonas Falk (28), CEO of OrganicLife, a company that specializes in the preparation of organic and healthy food for schools.

In this article:Tumblr, Mark Zuckerberg, Finance