The long-time commissioner has successfully grown the NHL business, but a lot of eggs got broken along the way 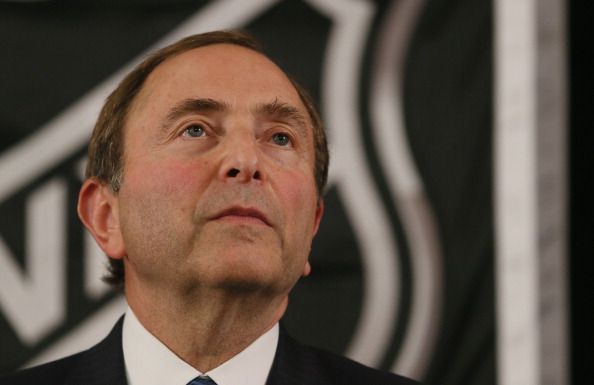 The North American National Hockey League that Bettman inherited from his predecessor, interim president Gil Stein, was operated like a cottage industry. It was under-capitalized, over-expanded and highly leveraged and was on the verge of imploding.

Bettman,   a lawyer, began his tenure as the first commissioner of the NHL on February 1, 1993. He was recruited from the National Basketball Association’s front office by Los Angeles Kings’ owner Bruce McNall, who had been elected chairman of the NHL’s board of governors, replacing Bill Wirtz. The NHL also valued Bettman’s background as a labor negotiator because of a militant 10-day wild-cat strike by NHL Players’ Association in March 1991. On Bettman’s first day, he confidently issued a clear mission statement that he would turn the focus on the expansion and modernization of the NHL in North America and push back militant labor issues by the NHLPA.

Bettman’s tenure has brought some important positive changes to the league. In 1993-94, NHL’s revenues were $732-million and annual player salaries averaged $558, 000. By 2011-12, revenues had nearly quintupled to $3.3-billion, and players currently earn an average $2.55-million.  He broadened the NHL’s global appeal with a series of regular-season games in Japan and Europe, which successfully created the January 1st Winter Classic that attracted U.S. TV.  This increased TV revenues and league sponsorship deals. He helped stabilize franchises in Edmonton, Calgary and Ottawa through the Canadian currency-assistance program and enabled Minnesota and Winnipeg to get their franchises back.

Nevertheless, Bettman is generally viewed with animosity because of the three lockouts he has presided over. In 1994–95, the lockout lasted 104 days, causing the season to be shortened from 84 to 48 games. Due to the second lockout in 2004-05, the NHL became the only major professional sports league to lose an entire season to a labor dispute. The 2012-2013 lockouts will look similar to the season in 1995, leading to a loss of 510 games. Overall, 2, 208 games have been lost by labor disputes during his tenure. So in spite of salary increases, many players and fans greatly dislike him.

Asked by Jewish Business News what he considered his highlight achievement in the NHL Bettman responds, “I let others make those determinations. My objective, every day, is to serve our game, our teams, our players and our fans in the best ways possible. He doesn’t’ consider completing 20 years running the NHL as a huge event to commemorate. “I focus much more on anniversaries and birthdays in my family than on years spent at a great job, ” he asserts.

Bettman believes that the future of the NHL “is very bright — I look forward to doing whatever I can to explore any and all opportunities to grow the game in North America and around the world.”

Bettman signed a five-year contract in 1993 and has had his contract extended three times since then, the latest in November  2011. There was speculation that he would either step aside or be pushed out once the lockout ended, but the current NHL board continues to support him. Many in the NHL expect Bettman to work until his 65th birthday, on June 12, 2017. Logically, he could announce his decision to retire then, but stay on for the 100th anniversary season in 2017.

Bettman was born on June 2, 1952 in Queens, New York. He studied Industrial and Labor Relations at Cornell University in Ithaca, New York and graduated in 1974. After receiving a Doctor of Law degree, from New York University School of Law in 1977, he joined the New York City law firm of Proskauer Rose Goetz & Mendelsohn. Bettman is Jewish and lives with his wife, Shelli, and their three children Lauren, Jordan, and Brittany. He is a resident of Saddle River, New Jersey and his half-brother Jeffrey Pollack was the Commissioner of the World Series of Poker.

In assessing Bettman’s legacy, people struggle to separate the personal from the professional. Some will always consider him to be an outsider, never having been steeped in hockey culture. If he was more Clinton-esque in stature and had that same charming manner in public as opposed to appearing stiff and guarded, maybe the perception of him would be different. Overall, if one looked objectively at Bettman’s tenure, he has successfully grown the NHL business, but a lot of eggs got broken along the way. Could it have been managed differently, maybe?