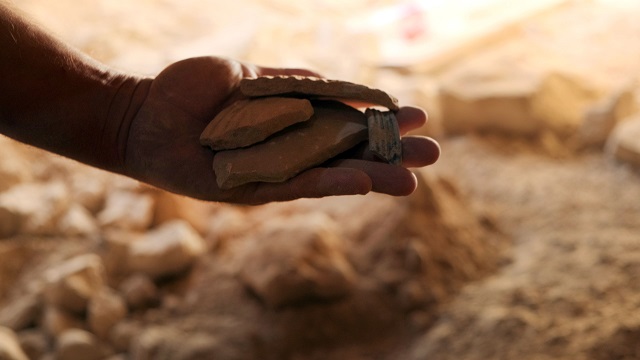 Last Tuesday, the Antiquities Theft Prevention Unit in the Israel Antiquities Authority caught a team of three antiquity robbers “on the job”, while they were excavating and destroying historical layers in an Ottoman well, next to the Rahat cemetery. The team is suspected of searching for a hidden treasure, which, according to a Bedouin myth, was buried in the well, located in the cave.

We hear all of the time about the important archeological discoveries made in Israel. Sometimes they find something related to King David, sometimes it’s the Crusaders and other times it’s a Byzantine coin like the recent discovery of ancient Shekels.

But these works are often disrupted by one of the world’s oldest professions – crime. And it is not just people looking for priceless treasures that they can sell to some nefarious millionaire – like in an Indiana Jones movie – who wants to keep it all to himself in a private collection. Many of the thieves are just scavengers who are looking to make a few dollars here and there from whatever scraps they can find.

And since the archeological sites tend to be located in remote areas, away from the cities, it is harder to protect them from thieves.

The latest incident occurred at the archaeological site of Horvat Maaravim, near Rahat, where ancient remains from the Roman, Byzantine, Early Islamic, and Ottoman period, were being watched by the Israel Antiquities Authority. On Tuesday, in the early evening, suspicious figures were seen approaching the site, and entering the cave covering over the rock-hewn water well, located on the southern side of the site.

The Israel Antiquities Authority Antiquities Theft Prevention Unit inspectors hurried to the site, and reached the cave entrance without being spotted, catching the robbers in the act of digging up the archaeological site.

The suspects, in their twenties, were arrested—with the assistance of Border Patrol Police and the security staff of the Rahat municipality—and they were taken for questioning during the night.

One of the looters was arrested in the past and charged for a similar offense in 2020, when he received a punishment on probation, of half a year imprisonment and a fine of 30,000 shekels.

“After the summer heat, we witness an increase in antiquity robbing activities,” says Israel Antiquities Authority Director, Eli Escusido, “The Israel Antiquities Authority is busy combatting the phenomenon of antiquity theft day and night. The looters are motivated by money greed, and they rip the finds from their archaeological context, thus damaging the country’s heritage.”

According to Amir Ganor, Director of the Antiquities Theft Prevention Unit in the Israel Antiquities Authority, “It must be absolutely clear to the public that rumors of hidden treasures have no archaeological or historical basis. No treasure has been discovered to date, but irreparable damage has been done to the archaeological sites, undermining the possibility to reconstruct the history of all the peoples of this country.”

The Israel Antiquities Authority communicated that damaging an archaeological site is a grave criminal offense, for which the punishment by law is up to five years’ imprisonment.