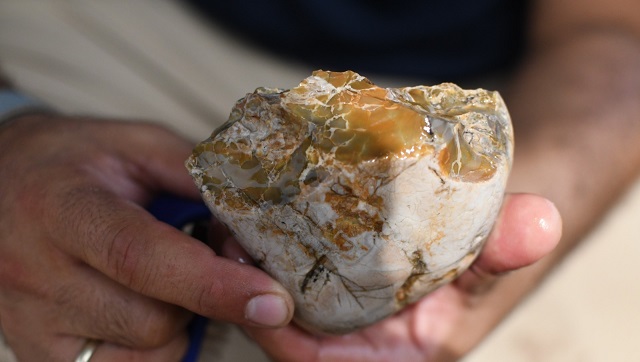 In what is being described as nothing short of an extraordinary find, an ancient elephant tooth said to be 500,000 years old was uncovered by Israeli archeologists in recent days. The archeologists said that the tooth, which was found near Kibbutz Revadim on Israel’s coastal plain, not far from Gedera, has been exceptionally preserved and is straight, not curved, as with modern elephants.

The tooth was fully excavated in a two-week operation conducted by archaeologists from the Israel Antiquities Authority (IAA), Ben-Gurion University and Tel Aviv University in an operation called “Operation Elephant.” It is roughly 2.5 meters (8.5 feet) long. The IAA stated that this is the first time in 50 years that such an elephant’s remains have been discovered in Israel which is almost complete.

The elephant belongs to the now extinct straight-tusked elephant species, found in only a limited number of sites. This species is thought to have first appeared in Israel about 800,000 years ago and went extinct about 400,000 years ago.

According to National Geographic, the “straight-tusked elephant”, officially classified as Palaeoloxodon, was a widespread behemoth that lived among temperate, wooded habitats ranging thousands of miles across the world from England to Japan. But their population declined just before the sharp cold snap of the last Ice Age. With the exception of dwarfed island descendants in the Mediterranean, the expansion of cold grasslands and the contraction of forests drove Palaeoloxodon to extinction between 34,000 and 24,000 years ago, but this particular species uncovered in Israel was wiped out by nature long before that. 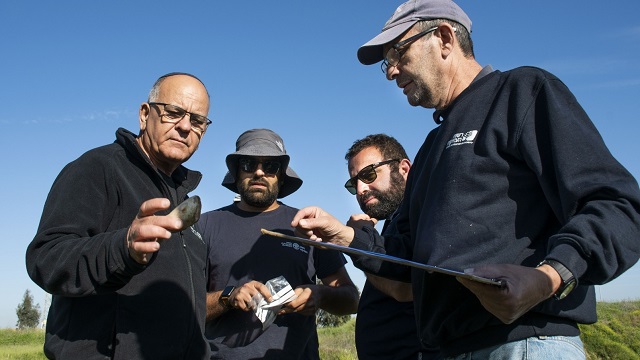 The “needle tooth” was discovered by Eitan Moore, a traveler and a biologist by training, who read about the existence of remains of elephants from the prehistoric period in the area and went out to see for himself.

“To my astonishment, I suddenly saw something that looked like an animal bone poking out of the ground. I came closer, and it looked like ‘the real thing,’ so I hurried to report it,” Moore said.

Archaeological excavations were conducted in Israel in the past which uncovered remains of settlements from the Lower Paleolithic Period, but never an entire elephant before.

“This is a very ancient and crisp find, which from the moment it was exposed to the air, any touch of it could have destroyed it,” explains Prof. Israel Hershkovitz of Tel Aviv University and Ilan Naor, an organic find guard from the Antiquities Authority. “We gave the needle a primary conservation treatment in the field, and then, it was decided to scientifically dig the archaeological levels covering the thread, take out the thread and continue morning treatment in it, in the Antiques Authority Conservation Laboratories.”

IAA prehistorian Avi Levy, the director of the excavation, said, “From our previous archaeological excavations at Revadim, we knew that the site was settled in the Late Lower Paleolithic period, as stone and flint tools, as well as animal bone, remains (including elephants) were retrieved but finding this half a million-year-old complete elephant tusk in such a good condition is something else! This is the largest complete fossil tusk ever found at a prehistoric site in Israel or the Near East.”