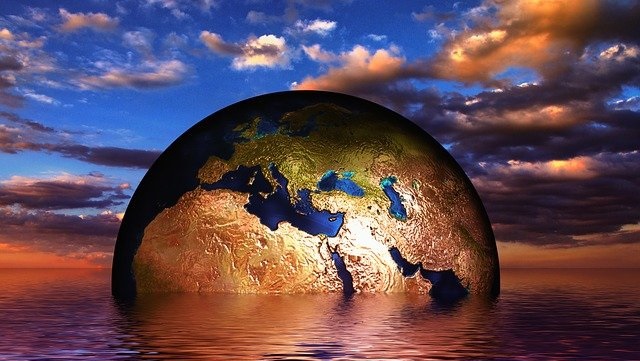 The days are getting shorter – literally. Scientists have found that the Earth is spinning on its access at a slightly faster rate, shaving a fraction of a second off the length of the average day – an amount so small that no one notices. This is according to scientists at the UK’s National Physical Laboratory.

There is actually a range for the time that it takes the Earth to make one revolution on its axis. The 24 hours in a day can sometimes be a fraction of a second longer, or shorter. But things are changing and the amount of time per rotation of the Earth in total over a century is now a second shorter.

In the past scientists added a leap second because on average over time there actually was one extra second experienced. There have been 27 “leap seconds” added since scientists began to make adjustments for the discrepancy in 1972. But now, we may be going in the opposite direction.

TimeandDate.com reported that the Earth recorded its shortest day since scientists began using atomic clocks to measure its rotational speed. The length of June 29, 2022 was 1.59 millisecond shorter than the average day, making it the shortest day on record.

It sounds like something from one of those crazy end of the world movies like “The Day After Tomorrow,” or “2012.” You know the ones – movies where some inexplicable event or force has caused a drastic change to the natural order of things, sending the Earth suddenly into a new ice age, or causing the complete transformation of its topography and wiping out most life on the planet.

Well, there is no need to worry about the end of the world. At least not just yet. The changes in the Earth are not so dramatic as to affect day to day life. But this is still a worrisome trend nonetheless.

Scientists Oleg Obleukhov and Ahmad Byagowi are now arguing for an end to the leap second, explaining why days may be getting shorter.

“One of many contributing factors to irregularities in the Earth’s rotation is the constant melting and refreezing of ice caps on the world’s tallest mountains,” they wrote in a blog post for Meta. “This phenomenon can be simply visualized by thinking about a spinning figure skater, who manages angular velocity by controlling their arms and hands. As they spread their arms the angular velocity decreases, preserving the skater’s momentum. As soon as the skater tucks their arms back in the angular velocity increases.”

“With the Earth’s rotation pattern changing, it’s very likely that we will get a negative leap second at some point in the future,” they added.