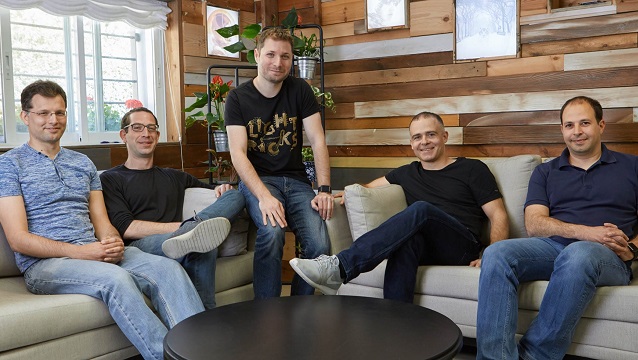 Israel Startup Nation is known for being the world’s biggest per capita success in the world of high-tech. Billions a year in new investments are brought into the country from foreign investors every year. But so far in the month of July, it looks like Startup Nation may be turning into “close up nation.”

Since July 1st, 9 Israeli firms have been forced to make cutbacks in their staffs, laying off many employees. This includes four unicorns. And one Israeli firm that was bought out by a foreign company a few years back is being shuttered entirely.

This trend is largely attributed to the current global inflation crisis and the steps being taken to curb it. The U.S. and Israel have both raised interest rates. That move means there will be less money for future investments so companies of all kinds are contracting, if only temporarily.

Aid Genomics
Aid Genomics, an Israeli firm that develops molecular diagnostic technologies designed to elucidate the genetic DNA profiles of both diseases and patients alike, announced on Sunday that it is shuttering its research and development center and firing 400 employees.

AID Genomics is best known for having developed testing for the Coronavirus.

Founded in 2013, AID Genomics is focused on delivering advanced diagnostics solutions to facilitate better preventative strategies for healthy individuals and more personalized treatment strategies for individuals battling cancer. By combining bioinformatics with next-generation sequencing and artificial intelligence, AID Genomics declares that the company seeks to operate at the vanguard of precision medicine by unlocking the secrets hidden within DNA.

Kornit Digital
Kornit Digital, maker of industrial inkjet printers, is firing about 30 people. The 30 layoffs do not make up such a big share of the company’s total workforce of 900. It amounts to about 3.3%. There is no word yet as to what share of the employee terminations will be in Israel.

Once worth well over $2 billion, Calcalist reports that the NASDAQ listed company’s share price fell by more than 80% since the start of 2022 and is now worth just $1.34 billion.

Kornit Digital’s CEO recently explained that the company’s financial woes are linked to the current worldwide economic downturn. “We have entered a period where some of our customers are working through excess capacity built throughout the two-year pandemic period, which we expect to continue for the near-term,” he stated. 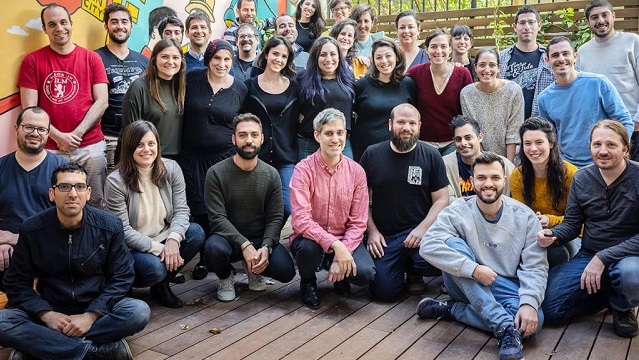 Zencity
Last week Zencity, an Israeli startup that offers a community insights and analytics platform for state and local governments, laid off 20% of its workforce, or 30 people.

Zencity CEO Eyal Feder-Levy explained that the company had recently seen its workforce grow considerably because of certain market assumptions that the company made. “The situation in the markets has changed and that requires us to act accordingly and I take responsibility for that,” he said.

There are even four Israeli unicorns – startups with more than $1 billion – that have been forced to make cutbacks too.

Lightricks
Earlier in July Israeli unicorn Lightricks, which offers a content creation app, revealed that it is is laying off about 12% of its workforce, or 80 people.

Zeev Farbman, Lightricks CEO, alluded to the worldwide financial crisis when he commented on the company’s decision to make the layoffs. “Due to the situation in the markets and the global financial crisis, we need to secure the company’s long-term success while realizing its strategy and maintaining the current financial stability which is why we are currently halting projects that don’t support our strategy and accelerating other projects, as a result of which we are forced to cut some of the positions in the company,” he said.

Next Insurance
Israeli insurance company Next Insurance, which happens to be a unicorn, is laying off 150 of its people, or about 17% of its total workforce.

“It was a very difficult decision, but we are reducing the workforce to adapt to the worsening macroeconomic environment,” Next Insurance wrote in a statement. “In the last six years since we were founded, we have invested heavily in building our product base, increasing our customer acquisition channels and in 2021 we tripled the business. The company is on track to reach annual sales of well over $800 million in 2022. However, in reference to the company’s long-term vision, we must shift focus towards profitability. We will be reducing our workforce by 17% with most of the positions impacted being in the U.S.”

Lusha
Lusha, the crowdsourced data community for B2B sales and marketing professionals, is another Israeli unicorn laying off employees. It was just last November that Lusha hit the coveted unicorn status with a $1.5 billion valuation when it brought in $205 million in a Series B fundraising round.

Fabric
The retail technology startup and unicorn Fabric also announced in July that it needs to let go of more than one third of its staff.

And the company shutting down?

Soluto
America’s Asurion is shutting down its Israeli subsidiary Soluto, costing 120 people their jobs in the country. Most will see the end of their tenures soon while about a third will be kept on until the end of the year.

Finally, one foreign firm is also laying people off in Israel.

Vimeo
Vimeo, one of the world’s leading video streaming services that competes head to head with YouTube, is having financial issues just like many other businesses these days, As a result, the company is laying off about 70 people – 6% of its workforce – including as many as 10 workers located in Israel.

The Vimeo Israel team handles research and development and it is comprised of people who worked for the Israeli startup Wibbitz that Vimeo acquired for $100 million.