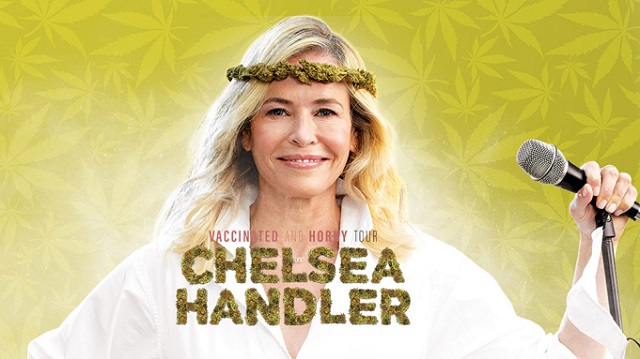 Comedian Chelsea Handler is not laughing right now when it comes to ThirdLove, a lingerie company. Handler says that the company was in breach of contract and is suing it for $1.5 million.

The dispute revolves around ThirdLove changing its mind about hiring Chelsea Handler for an ad campaign. According to a report in People Magazine, the two sides signed a contract on January 1, that stipulates that they “would exclusively promote the ThirdLove brand in exchange for compensation of $1,060,000, plus expenses.”

But ThirdLove changed its mind and canceled the deal before the end of January. According to Chelsea Handler’s complaint she, “believes and is informed that despite the representations made to her, the ThirdLove creative team in charge of her campaign had never obtained approval from its Board of Directors, and when the Board learned of the campaign at the eleventh hour, it instructed ThirdLove’s officers to terminate the parties’ Agreement.”

Chelsea Handler is suing to be paid the amount agreed to in the original deal and additional compensation. She says that in the few weeks that went by between entering into the agreement with ThirdLove and her receiving the notice that it was canceled Handler underwent a “specialized exercise regimen” in preparation for filming the commercials. Handler also flew to Los Angeles from where she was staying in Canada at her own expense the day before the campaign shoot was supposed to begin and was informed of the cancellation only once she arrived.

And Chelsea Handler also states that she turned down other opportunities after agreeing to do the ThirdLove campaign.

“Through this lawsuit, Handler seeks not only payment in full under the Agreement, but also the recovery of substantial monies she spent out of her own pocket in reliance upon the promises of ThirdLove,” her suit states.

Now it will be up to a judge to decide if the case has any merit. And this will depend on what the contract signed actually said. For example, did it offer an exit clause for either party, and did it stipulate that the deal could only move forward with the approval of ThirdLove higher-ups? And a lot also depends on what the laws say on such matters.