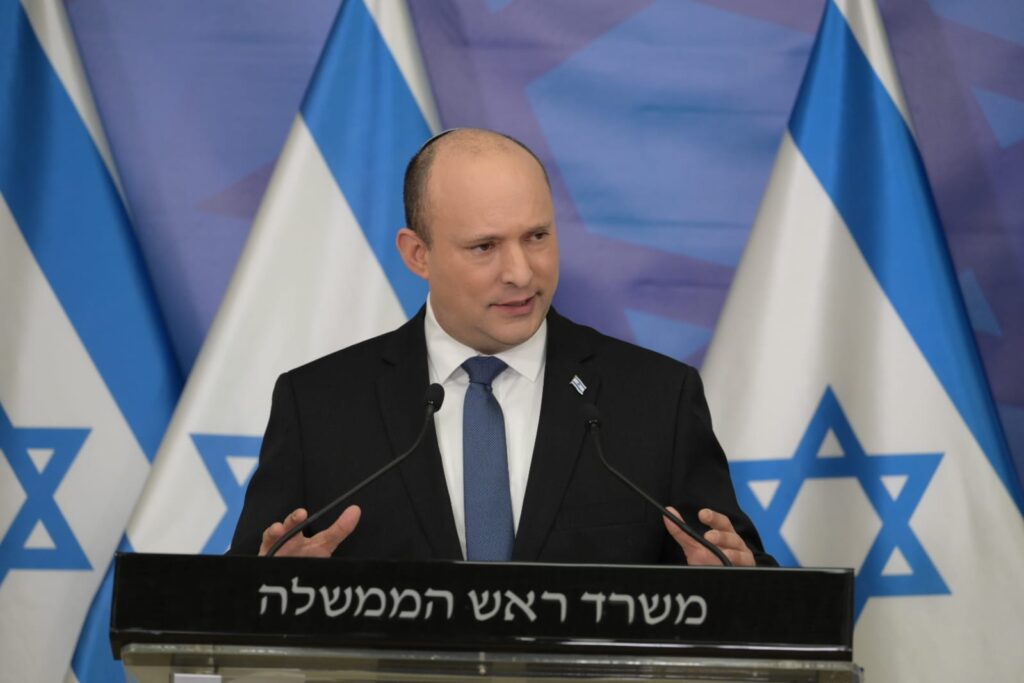 On Monday, Knesset Member MK Nir Orbach announced his decision to quit Israel’s coalition government. Now comes word that he is negotiating with Benjamin Netanyahu’s Likud Party for his support of a new Likud led government.

The news came as the government celebrated its one year anniversary.

Orbach’s was the latest in a series of defections from Israel’s teetering coalition government, but this time it really hurt as his departure officially ended the coalition’s majority in the Knesset.

The defection was also a personal slap in the face to Israel’s Prime Minister Naftali Bennett, as Nir Orbach is not only a fellow member of Bennett’s right-wing Yamina Party, he is also the Yamina faction chair in the Knesset. A few months ago another Yamina party member, who was the coalition chair in the Knessett, Idit Silman, also quit the coalition and has since sided with the opposition in important votes.

In his statement explaining the reason for the move, Nir Orbach made it clear that he was not interested in forcing a dispersal of the Knesset and new elections. Orbach said that it would be a shame to do so after only one year and to force the fifth general election in Israel in only three years. So, Orbach added that he was open to the possibility of joining a new government should one be formed, which can be done with the support of a majority of the current members of the Kensett without holding new elections.

But on Thursday Israel’s Channel 12 News reported that Nir Orbach is in talks to join the right-wing Likud Party – even getting promises of a cabinet post in a new government –in exchange for his support in a vote for the dissolution of the Knesset. This would come should the Likud be unable to get the support needed to form a new government.

At the moment, it is not likely that the Likud could form a new government with the current composition of the Kensett. The party would need the coalition partner Blue and White, led by Defense Minister Benny Gantz, to join it and also get the votes of the rebel MKs from Yamina to get a majority for one.

Gantz is no fan of Benjamin Netanyahu’s and reportedly would only join a Likud government if he gets to be the prime minister himself. Netanyahu is not likely to agree to this.

So, at the moment, the dissolution of the Knesset and new elections seem all the more likely. However, under current Israeli law, neither Nir Orbach nor Idit Silman are eligible to jump to another party or form a new one, not without the Yamina party’s consent. Nor could either assume a cabinet post in a new government, not unless they wait at least six months.

As such, before any vote to dissolve the Knesset takes place it is likely that Orbach and Silman would try to form a new faction of their own, thereby legally leaving the Yamina party. But they would need another MK from Yamina to join them in doing so. And any other MK who votes in favor of dissolution of the Kensett would also need to be given a guarantee of a safe spot on another party’s Knesset list in new elections.

A vote in favor of dissolving the Knesset might also be hard to pass because a number of current MKs from various parties – including Likud – might be concerned about not getting reelected should new elections be held.

The complicated and confusing nature of Israel’s laws of government will make for a number of interesting scenarios to arise in the coming days. If the Knesset is dissolved, new elections could be held in October. And due to the coalition agreement, Foreign Minister and Yesh Atid party leader Yair Lapid would automatically become the new prime minister.

If no vote in favor of dissolution or a new government passes in the next few weeks, before the Kensett goes into summer recess, Naftali Bennett and his coalition will be get a reprieve at least until after the holiday season in September.