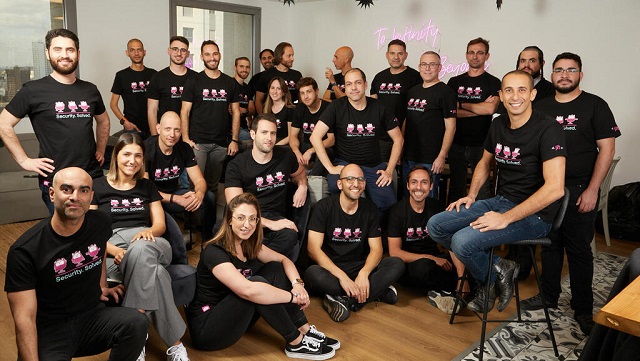 Jit, an Israeli cyber security startup, just came out of stealth mode with a $38.5 million seed financing round led by Boldstart Ventures. The company specializes in security-as-code.

Security as Code is defined as the way in which people can codify security and policy decisions and integrate their work with other teams.

And Jit is in good company as already this month a number of Israel Startup Nation new cyber security firms have raked in some big bucks. Laminar Security, an Israeli startup that provides public cloud data security services, raised an additional $30 million, nearly doubling its funding to $67 million in less than six months. Laminar’s Cloud Data Security Platform protects data for everything you build and run in the cloud across cloud providers and cloud data warehouses such as Snowflake.

Also emerging from stealth recently was fellow Israeli cybersecurity startup Seemplicity which had a $32 million raise for the consolidation of security alerts, and speed up response times.

And as if that were not enough, in May Semperis, an Israeli cyber security startup that offers identity-driven cyber resilience tech for enterprises, raised more than $200 million in a Series C round of funding led by KKR.

Founded in 2021 by CTO David Melamed, and CTO Aviram Shmueli, as well as FXP’s Gil Zimmermann, Ron Zalkind, and Tsahy Shapsa, Jit says that it empowers developers to easily own risk and security for the cloud apps they build.

“We help align security and development principles, so developers can fully own the security of their product without slowing down the dev process.”

everything is going into the cloud these days. Do you use Google Docs, or any of the other Google services? Well then all of your files are stored in servers located around the world. The same thing is also now true with MS Office which offers customers cloud based software services. Notebook computers have always had a limited storage capacity. And more and more people are switching to tablets which do not offer the same services as a computer. So cloud services will soon be standard.

“We will be using this funding to accelerate the shift for organizations to continuous security, allowing developers to break free from shift-left pains while maintaining real, technical security, not just the theatrical kind,” explained Jit. “We will continue to turn checklists into new codified security plans and add them to the Jit Security Catalog, and expand integration (and support) with many more open source security controls we believe in. And, of course, we want to integrate the tools the open source security community wants, so be sure to reach out and let us know which ones you’d like to see supported next.”