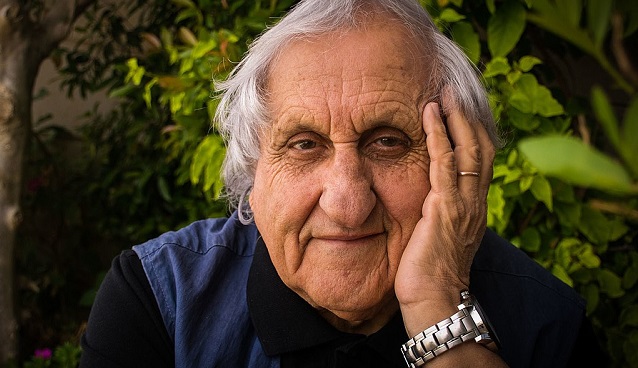 A. B. Yehoshua – Wikipedia

World famous Israeli novelist and playwright A.B. Yehoshua passed away on Tuesday, after a long battle with cancer, at the age of 85.

Known as A.B. Yehoshua, Avraham B. Yehoshua was born on December 19, 1936 in Jerusalem to a fifth-generation Jerusalem family of Sephardi origin. After serving as a paratrooper in the IDF in the 1950s, he went on to study Hebrew literature and philosophy at the Hebrew University in Jerusalem and became a professor of literature at Haifa University.

During his career, A.B. Yehoshua wrote and published numerous novels, plays and essays. His novels included “A Woman in Jerusalem,” “Five Seasons,” “A Late Divorce” and many more. He was awarded the Israel Prize for Hebrew literature and received many other prizes and recognitions for his work.

The New York Times once called A.B. Yehoshua “a kind of Israeli Faulkner.”
The Village Voice once said of his work, “Yehoshua’s stories find their way right into the unconscious. Nobel prizes have been given for less.”

The Financial Times said of his book “Five Seasons,” “the novel succeeds in charting the ways in which grief and passions cannot be cheated.”

A.B. Yehoshua was also politically active and supported Israel’s “peace camp.” He pushed for greater concessions to the Palestinians in exchange for a final peace deal and vocally opposed the governments of leaders such as Benjamin Netanyahu. But he was also a devoted Zionist who once said that a Jew can only be a truly whole Jew when living in the Land of Israel. Yehoshua angered American Jews by adding that Jews who live anywhere else are only “playing with Judaism.”

Israel’s President of Israel Isaac Herzog eulogized A.B. Yehoshua in an extensive Twitter post. “How sad and how symbolic, A. B. Yehoshua, one of the greatest writers of Israel in all generations, passed away during Hebrew Book Week,” he said.

Herzog said that Yehoshua “won us the greatest prize of all – his unforgettable work that will continue to accompany us for generations.”

“His works, drawn from the image of our homeland and treasured by our people, reflected us as an accurate, sharp, loving and sometimes painful mirror image,” added Herzog. “He brought up in us a mosaic of deep emotions. Jerusalem, Haifa, the State of Israel and the Jewish people were the mass of his life.”