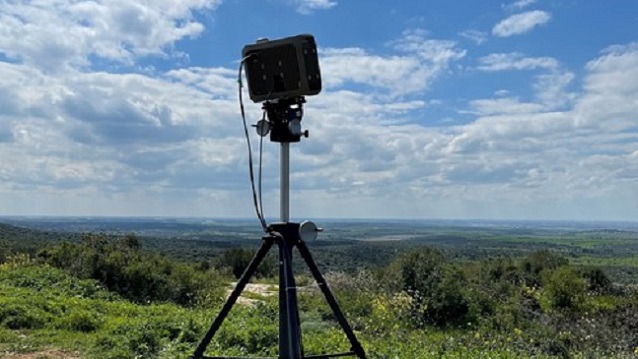 Elbit Systems, the Israeli defense contractor, has unveiled a new radar multi tactical radar defense system called DAiR X. The system is expected to be of most use on Israel’s northern border with Lebanon. But will likely be of benefit to any nation’s defense.

Today, Israel is under constant threat in the northern part of the country from attacks made by the Hezbollah terrorist group based in Lebanon. The country’s world renowned Iron Dome Missile defense system has been able to protect it from missile and rocket attacks. But what about smaller items like drones which are much harder for anti-missile missiles to strike.

However, these drones are not only used for surveillance. They can also be used to deliver small bombs and even to launch small missiles once they have infiltrated an enemy’s territory. This is one threat that Elbit System’s DAiR X is meant to address.

Hezbollah has, more and more, been relying on small drones – or UAVs – to spy on Israel. Their small size makes them harder to detect and they come equipped with video cameras that can film Israel’s northern defenses and transmit the film back to their bases.

Elbit Systems explains that the DAiR is an X-band software defined radar system that incorporates hundreds of digital receivers, sophisticated algorithms and computing cores with Artificial Intelligence capabilities. The system is capable of simultaneous detection and tracking of thousands objects of various sizes and velocities, with no need for target prioritization.

So, what does all of that mean?

Well, as Elbit explains, this means that the DAiR X can defend against a vast number of potential threats at the same time. Using what Elbit says are “unique” capabilities, the new system enables a tactical force to use a single radar system for handling of a very large number of targets of various types and ranges including: humans, small quadcopters, helicopters and UAS, vessels and artillery.

DAiR X can detect small drones from up to 12km away and humans from up to 15km. The DAiR radar systems is compatible with the All-purpose Structured EUROCONTROL Surveillance Information Exchange protocols (ASTERIX) enabling seamless sharing of information with C4I systems.

Oren Sabag, General Manager of Elbit Systems ISTAR & EW, said, “As warfare becomes increasingly multi-domain, the target prioritizing capability that is central to legacy radars, becomes a liability. Forces are compelled to apply multiple radars just to keep up with the evolving threat – holding a common operational picture becomes harder and costs increase. The DAiR radar system addresses these challenges, does not rely on target prioritization, thereby aligning the radar capability with the imperatives of multi-domain warfare.”