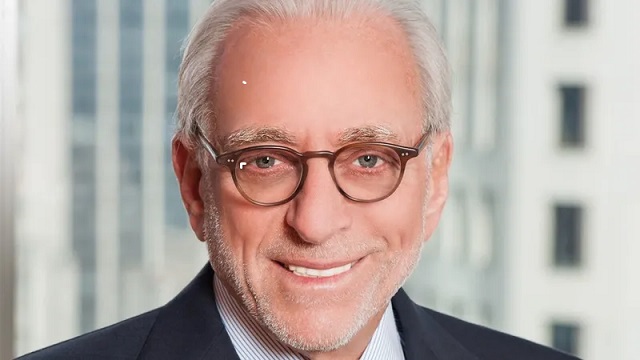 Nelson Peltz is joining Unilever PLC as a Non-Executive Director of the company and as a member of its Compensation Committee. Unilever shares got a boost from the announcement, which was made on Tuesday. Peltz will officially take over the job on Jul 20, 2022.

The news comes as just the other day Unilever entered into a deal with Yariv Bash‘s Flytrex to use that company’s drone services to deliver ice cream from the CPG giant’s “The Ice Cream Shop” virtual storefront, a subsidiary of Unilever.

Established over 100 years ago, Unilever is one of the world’s largest consumer goods companies. Its products range from toiletries to cosmetics and even ice cream. Unilver is the parent company of Ben & Jerry’s ice cream and supported its subsidiary’s decision to pull out of the Israeli market in support of the anti-Israel BDS movement.

In July 2021, Ben & Jerry’s ice cream company announced that it would no longer extend licensing for its product to the Israeli company that holds the franchise in the country once its current contract expires. Actually, the move came only after the local Israeli firm which holds the Israel of Ben & Jerry’s franchising rights refused to accept the company’s demand that it ensures that their product not be made available for sale anywhere in the West Bank that is under Israeli control.

The decision by Ben & Jerry’s met with derision in the U.S. and a number of states there, such as New York and New Jersey, moved to divest their pension funds from Unilever’s stock. In December seven state treasurers from seven different states have called on Unilever to reverse its decision to boycott Israel. The states include Arizona, Idaho, Oklahoma, Nebraska, West Virginia, Louisiana and Mississippi. That is, they have signed on to a letter that was sent by StandWithUus, an organization that defends Israel from political attacks.

There is no word yet if Nelson Peltz will be taking any position on the matter when he officially joins Unilever, or if he will be in a position to convince the company to reverse course on its boycott. But Peltz must have already known all about it before taking on this position and made no reference to the Ben & Jerry’s boycott in his statement released on Tuesday.

Nelson Peltz said of his appointment, “I am delighted to be joining the Board of Unilever. We believe it is a company with significant potential, through leveraging its portfolio of strong consumer brands and its geographical footprint. Trian has made a considerable investment in Unilever. We look forward to working collaboratively with management and the Board to help drive Unilever’s strategy, operations, sustainability, and shareholder value for the benefit of all stakeholders.”

And he already has experience in the food and dinning industries. Nelson Peltz currently serves as Non-Executive Chairman of The Wendy’s Company and on the Boards of Janus Henderson Group Plc and Madison Square Garden Sports Corp. Just a few days ago JBN reported on how Peltz is considering a takeover of Wendy’s.