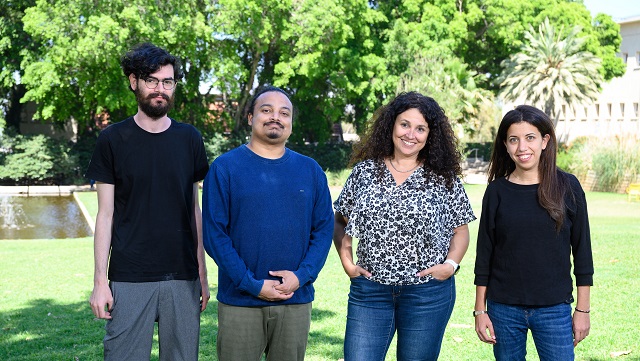 A Weizmann Institute of Science study discovered blood vessels form from unexpected progenitors and went on to show that this unusual origin determines the vessels’ future function.

This marks yet another amazing medical and/or scientific advancement made by Israeli scientists. It seems that these days almost all such breakthroughs are coming out of Israel. They have been at the forefront of treatments for the Coronavirus. Earlier this month, researchers from the Hebrew University in Jerusalem revealed that they may have found a way to treat infertility just by studying zebrafish ovaries.

And it seems like every few months Israelis make another breakthrough in the treatment of cancer. In April researchers from Tel Aviv University revealed that they had developed a drug delivery system based on lipid nanoparticles that can utilize RNA to overcome resistance to both chemotherapy and immunotherapy in cancer treatments.

This is a major focus of medical research. Finding the answer to these questions could help to advance medicine and heal by leaps and bounds and even help to extend the human lifespan.

Blood vessels supplying different organs vary significantly from one to another, explain the Weizmann Institute researchers. For example, because the kidneys engage in filtration, their blood vessel walls have small holes that enable the efficient passage of substances. In the brain, the same walls are nearly hermetic, ensuring a protective blockage known as the blood-brain barrier. Blood vessel walls in the lungs are suited to yet another task, that of facilitating gaseous exchange.

Despite the vital importance of the vascular system, how such differences between various blood vessels come about is still poorly understood. If the scientists can figure out how these vessels develop then they might be able to find new ways to create artificial replacements and so forth. Or maybe even find ways to heal and strengthen such blood vessels that cause strokes and heart attacks when they fail.

Until now, these vessels were known to originate from two sources – existing blood vessels or progenitor cells that mature and differentiate to form the vessel walls. In the new study, postdoctoral fellow Dr. Rudra N. Das, working in Yaniv’s lab in the Immunology and Regenerative Biology Department, discovered that blood vessels can develop from a previously unknown source: lymphatic vessels. This third sort was revealed in transgenic zebrafish whose cells were labeled with newly established fluorescent markers that enable tracing.

“It was known that blood vessels can give rise to lymphatic vessels, but we’ve shown for the first time that the reverse process can also take place in the course of normal development and growth,” Das says. By tracing the growth of fins on the body of a juvenile zebrafish, Das saw that even before the bones had formed, the first structures to emerge in a fin were lymphatic vessels. Some of these vessels then lost their characteristic features, transforming themselves into blood vessels.

The scarcity of red blood cells apparently created low-oxygen conditions known to benefit well-ordered bone development. In the mutant fish, on the other hand, an excess of red blood cells disrupted these conditions, which could well explain the observed abnormalities. In other words, only those blood vessels that had matured from lymphatic vessels were perfectly suited to their specialized function – in this case, proper fin development.

Since zebrafish, unlike mammals, exhibit a remarkable capacity for regenerating most of their organs, Das and colleagues set out to explore how a fin would regrow following injury. They saw that the entire process they had observed during the fins’ development repeated itself during its regeneration – namely, lymphatic vessels grew first, and only later did they transform into blood vessels. “This finding supports the idea that creating blood vessels from different cell types is no accident – it serves the body’s needs,” Das says.