It shouldn’t come as surprise to people that Jews make up a large and disproportionate share of all of the people in Hollywood who are behind all of those great television shows and movies that people see. Whether as the makers of entertainment themselves who moved on to become owners of their own successful businesses like James L. Brooks, or businessmen through and through like Steve Tisch, who owns the Philadelphia Eagles.

Ealeven of the top twenty wealthiest Hollywood producers are Jewish. Here are the top eleven: 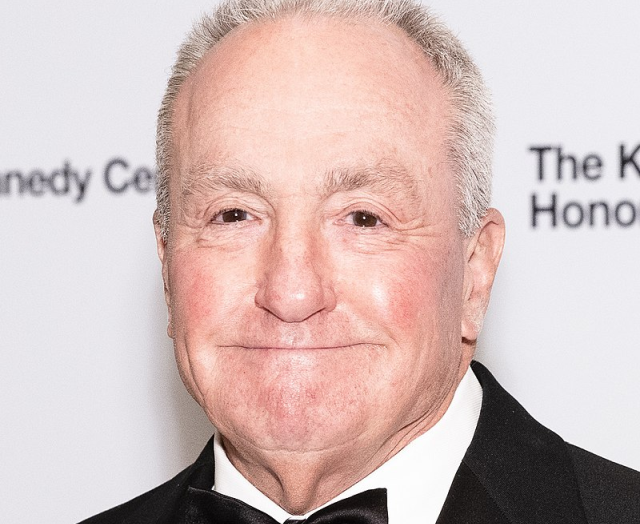 Everyone knows about Saturday Night Live. The comedy variety show has been on the air for almost 50 years now and has birthed the careers of some of the greatest talents of all time, from Eddie Murphy to WILL Ferrell. And the man who gets most of the credit for this is Lorne Michaels, born Lorne David Lipowitz in Toronto, Canada in 1944.

Michaels has an estimated net worth somewhere north of $550 Million. This makes sense since over the years he has produced a number of hit movies and in addition to SNL he produces both the Tonight Show and Late Night on NBC. 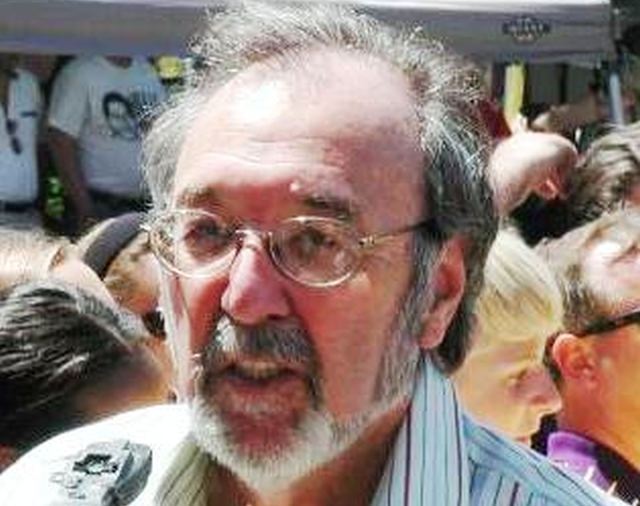 “Broadcast News,” “As Good as it Gets,” “Terms of Endearment,” these Oscar winning movies are just a few of the Oscar winning movies that were written and directed by James L. Brooks. He won best screenplay and best director Oscars for Terms of Endearment. And Brooks also wrote for and produced numerous hit sitcoms like The Mary Tyler Moore Show, Taxi, and his biggest hit The Simpsons.

James Brooks is worth somewhere above $550 million. 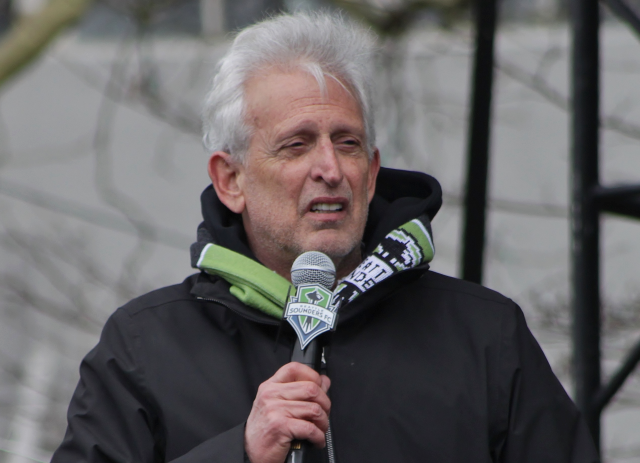 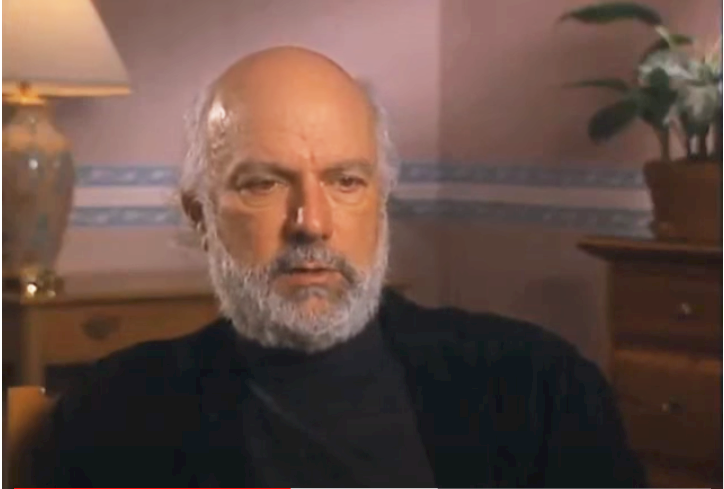 James Burrows was born in Los Angeles in 1940 to Ruth Levinson and Abe Burrows. He founded 3 Sisters Entertainment in 1995 and was behind hit TV shows like Cheers, Taxi, Will and Grace and Frasier. Burrows started out as a television director and he is now worth more than an estimated $600 million. 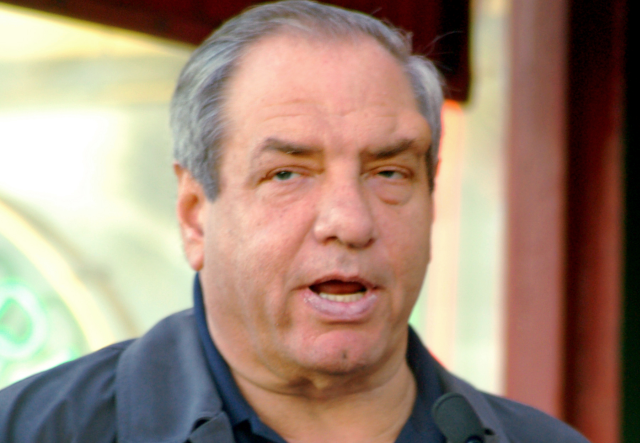 Dick Wolf speaking at a ceremony in January 2010 for Sam Waterston to receive a star on the Hollywood Walk of Fame.

Dick Wolf is best known for the many Law and Order television series. The original Law and Order was brought back to television this spring after more than 10 years off the air. Wolf is also the man behind the hit Chicago series of TV shows – Chicago Fire, Chicago Med, and Chicago P.D.

Dick Wolf is also worth somewhere in the $600 million-plus range. 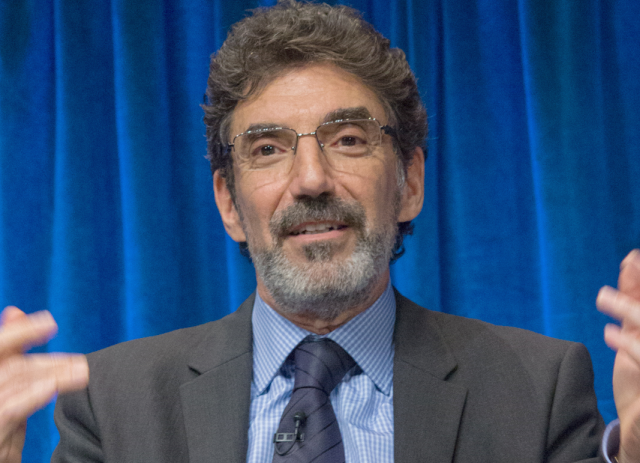 Born Charles Michael Levine in 1952, Chuck Lorre is a big time TV producer. He is the man behind top sitcoms like Dharma & Greg, The Big Bang Theory and Two and a Half Men. But he is probably best known for that last one because of what happened during Charlie Sheen’s whole public meltdown a few years back.

When Sheen was fired from the show after his drug and alcohol abuse affected production, he went on a rant against Chuck Lorre that included anti-Semitic slurs.

Chuck Lorre is worth an estimated $600 million. 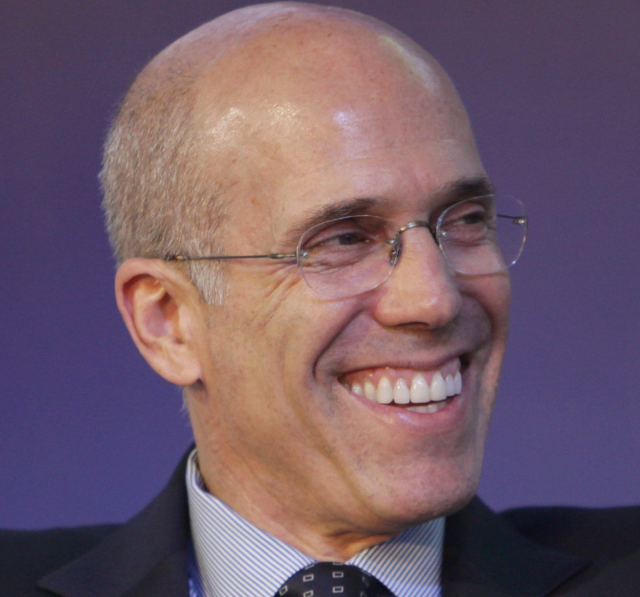 Jeffrey Katzenberg got his start as an executive at Paramount pictures. While there, he was responsible for helping to revive Star Trek and make it into a successful movie franchise. Katzenberg then served as the CEO of The Walt Disney Company. There he was involved in making the hits “Who Framed Roger Rabbit”, “The Little Mermaid,” and “Beauty and the Beast.”

In 1994 Katzenberg co-founded DreamWorks SKG with Steven Spielberg and David Geffen. He has been involved in the Shrek movies,

Katzenberg is said to be worth more than $900 million. 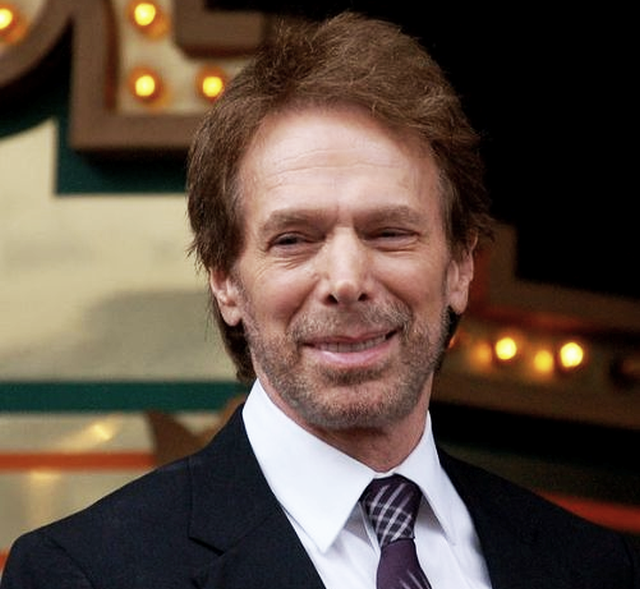 Jerry Bruckheimer at a ceremony to receive a star on the Hollywood Walk of Fame. by Angela George

Jerry Bruckheimer was born in Detroit in 1943 to German-Jewish immigrants. After starting in advertising, Bruckheimer went on to be known as one of the biggest action movie makers of all time. He was involved in making “Beverly Hills Cop,” “Flashdance,” “Top Gun,” “Armageddon,” and the “Pirates of the Caribbean” movies.

Jerry Bruckheimer is said to be worth more than $1 billion. 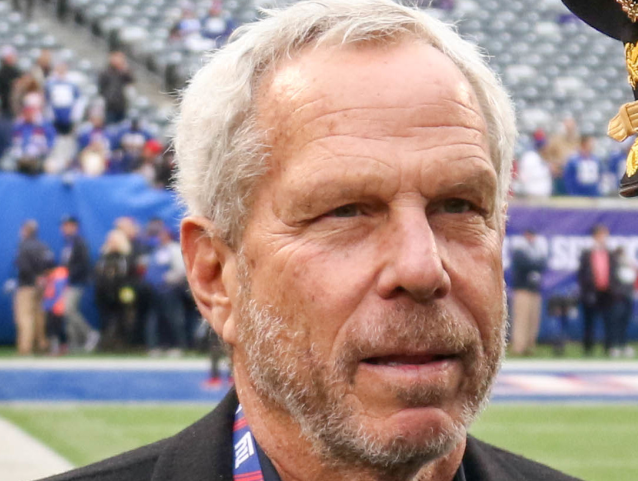 Steve Tisch in the Salute to Soldier events during the New York Giant’s game against the Tampa Bay Buccaneers Sunday, Nov. 18, 2018 at Metlife Stadium. (U.S. Army Photos by Brandon O’Connor)

Born in Lakewood Township, New Jersey, in 1949 to Jewish parents, Steve Tisch’s father Robert Tisch was a film and television executive who also served as the United States Postmaster General. Tisch got his start making movies for Columbia Pictures in the 1970s. In the 1980s he started the Steve Tisch Company, which had a number of hits. He went on to win an Oscar for best picture for the Tom Hanks classic “Forrest Gump.”

Steve Tisch is worth an estimated $1.2 billion. 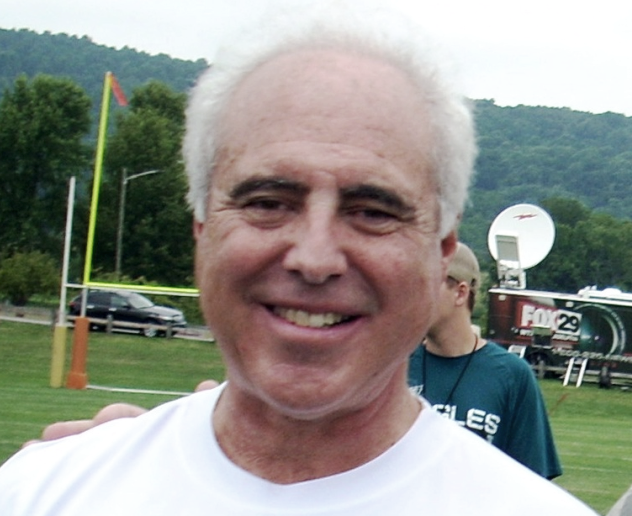 Jeffrey Robert Lurie was born to a Jewish family in Boston in 1951. He was the grandson of Philip Smith, who founded the General Cinema movie theater chain. Lurie got his start working for General Cinema Corporation. Lurie made so much money from movies that he was able to buy the NFL’s Philadelphia Eagles football team in 1994.

Jeffrey Lurie is worth an estimated $2 billion. 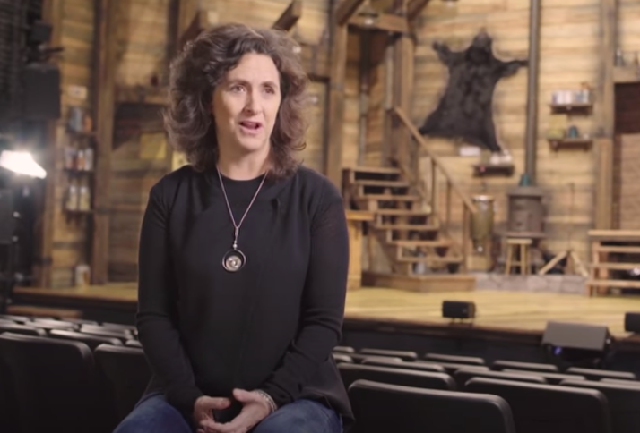 Gigi Pritzker in an interview to | Better | NBC News: “How I Became A Hollywood Producer” / screenshot

Jean “Gigi” Pritzker, 59, was born in Chicago, Illinois, to billionaires Pritzker family. She is an heir to the Hyatt Hotels. Besides, Pritzker is a film and live theater producer in who has received several awards.

She co-founder of the film production Odd Lot Entertainment which focused on  financing and production of film. Among them Drive, Rabbit Hole, and Ender’s Game.

Pritzker has also worked for television, including The Dragon Prince, winner of the Outstanding Children’s Animated Series Emmy in 2020.

In 2015 she co-founded Madison Wells Media Company (Known as MWM), and in 2018 MWM Universe become a subsidiary focused on intellectual property that buys and develops projects across media, including cinema, television, gaming, comics, and books.