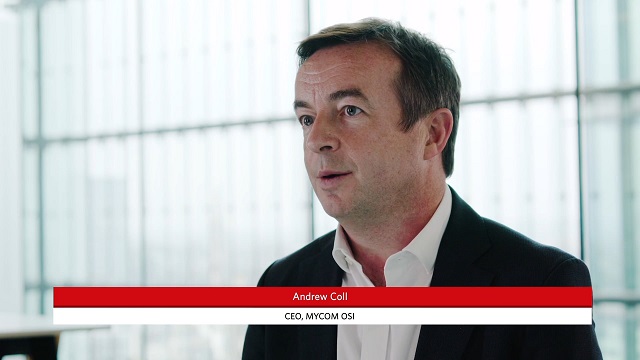 The deal is for cash, which, subject to the satisfaction of the conditions to closing, is expected to be completed in the fourth quarter of fiscal 2022.

Founded in 1997 and still a small company, MYCOM OSI is a privately-owned business that works with leading top-tier service providers worldwide. It is a provider of award-winning Assurance, Automation & Analytics solutions to Tier-1 CSPs that address strategic initiatives of managing the Customer Experience, evolving to Network Virtualization (NFV), exploiting the Digital/IoT ecosystem and deploying proactive, customer-centric NOC/SOCs. Its telecom-centric products include Performance Management, Fault Management, Service Management, In addition to its London HQ, MYCOM OSI has offices in the US, France, UAE, India and Singapore. It was the first service assurance vendor to offer its applications on the public cloud as a subscription-based SaaS.

Amdocs, on the other hand, is one of the biggest success stories to come out of Israel Startup Nation. Founded in 1982, Amdocs has 30,000 employees worldwide and had revenue of $4.3 billion in fiscal 2021. The company went public on the NASDAQ in 1988. Its current market cap is close to $11 billion.
And it has made many acquisitions over the years. In 2001 Amdocs acquired software firm Clarify in for $200 million, in 2005 it acquired billing and CRM provider DST Innovis for $238 million, in 2010, Amdocs acquired MX Telecom for $104 million, Celcite in 2013 for $129 million and in 2015 Amdocs acquired a majority of Comverse BSS for $272 million. The drawback to all of these acquisitions has been concern over anti-trust violations on the part of some governments.

“This is a strategic growth move that builds on our other recent successful acquisitions in the network and cloud space and executes on three of our core strategic pillars – intelligent network automation, 5G and cloud,” said Shuky Sheffer, President and Chief Executive Officer at Amdocs. “As the network and services of the 5G era become increasingly dynamic and complex, a holistic, end-to-end approach is key and can only be achieved with a powerful AI-backed assurance solution suite. That’s why we’re so excited to welcome the highly talented and dedicated MYCOM OSI team to Amdocs.”

“MYCOM OSI has a track record of continuous innovation and helping service providers around the world predict and resolve network problems before they impact customers, while reducing operational costs through automation and AI,” said Andrew Coll, Chief Executive Officer at MYCOM OSI. “We’re excited to be embarking on the next chapter of our company story as part of the Amdocs family as we bring our combined expertise together under one roof. At a time of rapid transformation in the communications sector, the combined scale and deep domain expertise will create a unique and broad range of complementary and innovative solutions, such as closed-loop automation to help service providers in deploying 5G networks and services at scale.”