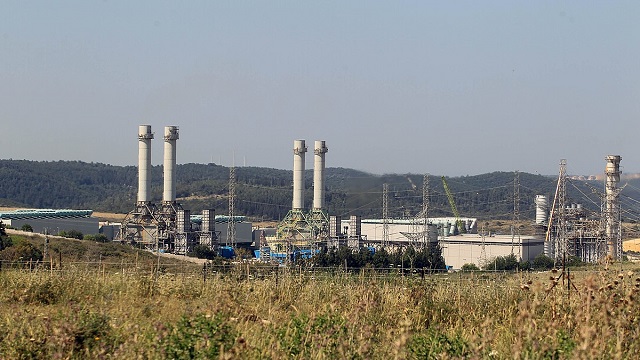 Greek energy company Energean Oil and Gas has signed a new $2 billion deal to supply natural gas to the East Hagit Power Plant in Israel. The deal is for a 15 year period in which Hagit will buy 0.8 billion cubic meters (BCM) of gas per year.

Israel has promised to dump coal and switch over to renewable energies, like wind and solar power, in the coming years for its part in the global fight against climate change. The country is also building new charging stations nationwide for electric vehicles. But, for the time being, its population still needs to use natural gas for electricity. Environmentalists hope that by the end of the 15 year period more renewable sources of energy will be in use for electricity needs in Israel, but for now natural gas is a much preferred alternative to coal.

Located in the north of Israel, the East Hagit Power Plant Ltd. Is a partnership between Bnei Brak, Israel-based energy firm Edeltech Group and Lothe Israeli infrastructure and real estate company Shikin & Binui. The Israel Electric Corporation sold off the Eastern part of Hagit, while keeping the rest. It is a combined cycle gas turbine power plant that relies primarily on natural gas, which burns much cleaner than other fossil fuels like coal. When in short supply of natural gas, the plant uses diesel fuel.

Energean Oil is a gas-focused independent E&P company, with a balanced portfolio of production, development and exploration assets in the Mediterranean and UK North Sea.

Energean Oil operates natural gas facilities in Israel: the multi-tcf Karish, Karish North and Tanin fields, offshore of Israel in the Mediterranean Sea. Energean Israel (Energean’s 100% subsidiary) holds 100% interests in the Karish and Tanin leases and in Blocks 12, 21, 23 and 31. It also holds 80% interests in four licenses in Zone D in Israel’s EEZ, with Israeli Opportunity holding the remaining 20%.

“We are delighted to have signed a new GSPA of up to 0.8 bcm/yr for our flagship assets in Israel, delivering on one of our key milestones for 2022. This is the third in a row for us from the Israel Electric Corporation (“IEC”) power plant privatization program and I want to thank Edeltech and Shikun & Binui Energy for their continued trust and confidence. I’m pleased to also confirm that the Energean Power FPSO has sailedaway and we look forward to delivering first gas from Karish, which remains on track for Q3 this year.”