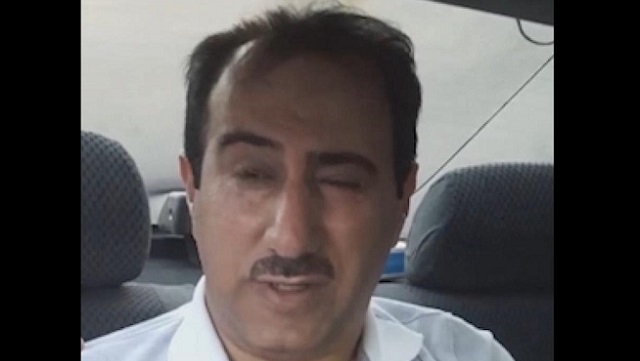 An Iranian opposition media channel reported on Saturday that Israel’s intelligence agency the Mossad recently conducted an operation in the country which succeeded in foiling a plot to murder Israeli diplomats in Turkey. The operation is said to also be related to how Israel was able to thwart a recent attempt to murder Israeli tourists in Cyprus.

According to the report, Mansour Rasouli, a member of Iran’s Islamic Revolutionary Guard Corps (IRGC) was detained and interrogated by Israeli agents operating in Iran. Rasouli is said to be a member of the IRGC’s unit 840 Quds Force, which is responsible for carrying out the organization’s activities abroad. Rasouli said that he was paid $150,000 for the operation and that he was promised a $1 million reward should the operation succeed.

If true, this would constitute possibly the boldest action taken by the Mossad against Iran to date. Iran has long accused Israel of conducting operations on its soil directed at thwarting its nuclear power program. Iran has also accused Israel of being behind the assassinations of people related to the program.

In addition to the plot to kill Israeli diplomats, Mansour Rasouli is said to have also revealed plans to an American general stationed in Germany and a journalist in France.

Israel’s Kan 11 television news cited a senior Israeli security official as confirming the report, saying that six months ago the Mossad, while operating on Iranian soil, captured people who planned to carry out an attack and harm the Israeli embassy in Turkey.

“Recently the Iranian regime has been trying to harm Israelis and Jews around the world,” said the security official. “The failed attempt to harm the Israeli diplomat in Turkey, an American general in Germany and a journalist in France joins other terrorist attacks thwarted by the Mossad in Cyprus, Colombia, Kenya and Turkey.”

The official credited the success of the Mossad operation to what he described as “close cooperation between the Mossad and the world intelligence services, thanks to which these attempts are thwarted time and time again – thus making it clear to Tehran’s decision-makers that the world is aware of Iran’s terrorist activities.”

Israel has been lobbying the American government against removing the IRGC from its official list of worldwide terrorist organizations. The Biden Administration has reportedly been considering taking such action as part of a possible new nuclear deal with Iran, but Israel has been warning that the IRGC is a dangerous terrorist group. This news may help Israel to persuade the U.S. not to make the move.