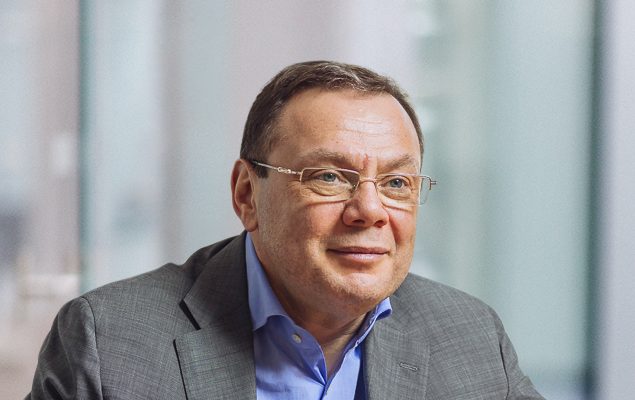 Mikhail Fridman, the billionaire Russian Jewish oligarch, has had his assets frozen by the government of Ukraine. The amount frozen in assets totaled just $16 million, which is not a lot for a businessman like Fridman. But it does come in addition to many other sanctions that were already imposed against him.

A Ukrainian publication, The New Voice of Ukraine, quoted the Ukrainian prosecutor’s office as saying about Mikhail Fridman, “According to our investigation, a Russian oligarch and businessmen, using Cypriot companies under their control and the aforementioned banking institution, laundered the assets of these companies totaling 1.1 billion hryvnias ($36 million) before the war and during Russia’s armed aggression against Ukraine.”

Without naming Mikhail Fridman specifically, the Ukrainians added that the oligarch in question later withdrew some assets from the banking system in Ukraine, but the remainder of his money there was seized.

Back at the start of the conflict Mikhail Fridman expressed doubts that any such economic sanction on the oligarchs such as himself would have any real effect on the situation. He made the comments at a press conference in London on April 1, after he himself came under personal sanctions from the E.U.

At the time, Mikhail Fridman expressed his remorse for the people suffering in Ukraine and called the war a tragedy for both sides. But he would not make any stronger statements than that out of fears for his own business interests in Russia. “Please, don’t push me to comment,” said Fridman. “It’s a very sensitive issue. We have dozens of partners and I do not have a right to put all of them at risk.”

Such comments, coming from Mikhail Fridman, already said a lot without his needing to criticize Vladimir Putin’s regime directly. They showed that he – and all of the other oligarchs – fear Putin and his ability to ruin their businesses should they speak out of turn. As such, he might not have been entirely honest in his personal assessment that sanctions would not change Russian policy.