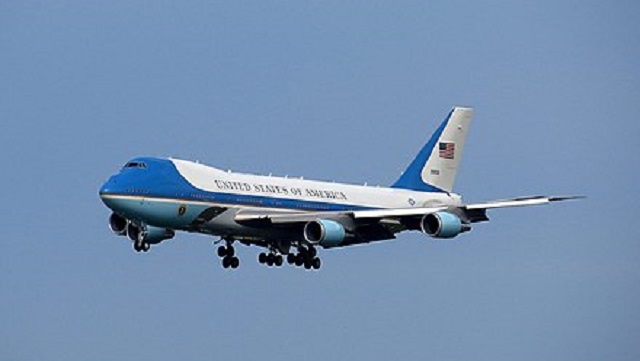 Boeing lost $660 million on a deal for providing the new Air Force One planes to the U.S. government, all thanks to former President Donald Trump. The company’s CEO made the revelations in a conference call on Wednesday.

Boeing lost $1.5 billion during the first quarter of 2022 on total revenue of $14 billion.

The story began at the end of the Obama Administration with plans for a deal on the new planes that Boeing would charge upwards of $5 billion to provide. But in the end, the company was forced to agree to a $3.9 billion fixed-price contract that would not allow Boeing to include any extra charges that it might incur due to increased costs during the duration of the project.

Air Force One is the designation for any plane that carries the President on board. While the large modified 747 model is the most widely known, there are also a number of smaller planes used by the President whenever he needs to travel to an area serviced by an airport that cannot handle huge planes like the 747.

The fleet of Air Force Ones is aging and the planes are in constant need of upgrades. Boeing was contracted to provide the new planes that would be equipped with the most modern communications and defense technologies that the President needs. And this is why the company was to be paid so much money for just two new planes.

Boeing was to provide two modified 747-800 aircraft, giving them new external stairs, large galleys, and a secure communications suite. The new Air Force One planes were also to include updated medical facilities and a new defense system.

But President Trump decided to turn the Boeing deal into a populist political issue by decrying the high cost of the planes. But Trump deliberately failed to acknowledge that the new Air Force Ones would cost so much more than ordinary planes for the reasons outlined above. So, Boeing was forced into the fixed-price deal.