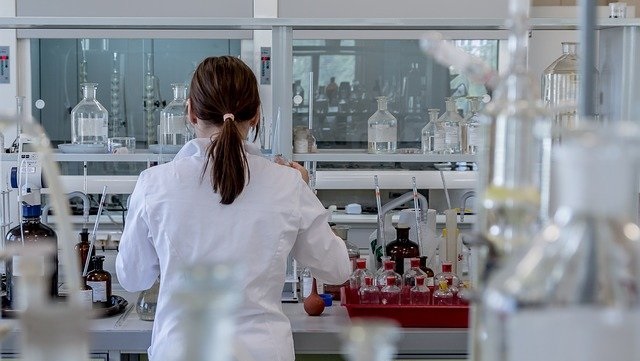 Talk about confusing cause and affect! People make this mistake all of the time. They mistake coincidence for causality. For example, someone may have taken an aspirin every day during the Covid pandemic and never contracted the Coronavirus. This person may then mistakenly believe that aspirin protects against the virus, but clearly there is no evidence to suggest any connection.

For a scientific experiment to be valid, many rules must be followed. For example, when testing a new type of medication or procedure, doctors will conduct a double blind study. This means that half of the participants in the study will be treated with only a placebo and neither the doctors nor the subject in the experiment know who is receiving the medication being tested and who is not.

In this way, the researchers will be able to adequately determine if the responses exhibited by the participants are true or not.

There are also rules governing the minimum number of participants in a study and the variety within their demographic makeup. And as any honest scientist will tell you, no such study is 100% accurate as there are often positive results that are only later shown to have been false.

But as the saying goes, “you’re only human.” People are not only fallible, but they may also be guilty of unconscious biases that affect the very nature of their research studies.

In making their determination, Tel Aviv University researchers reexamined 412 previously conducted experiments using artificial intelligence, and found that scientists’ methodological choices actually determined the result of the experiment – so much so that an algorithm allowed them to predict which theory would be supported by each experiment with 80% success.

In neuroscience, there are currently four leading theories trying to explain how conscious experiences arise from neural activity. In this unique study, researchers reexamined hundreds of experiments that support contradictory theories.

In other words, scientists may not even be aware that their biases affect their studies. It is bad enough when it is discovered that the results of a study were falsified by someone deliberately. This was the case when a researcher claimed to have found a connection between the vaccination of children for many diseases and the development of autism. Even though the guilty party admitted that he faked his research, to this day countless people still believe the myth that vaccinations cause autism or some other illnesses.

The surprising study was conducted by Prof. Liad Mudrik and Itay Yaron of Tel Aviv University’s School of Psychological Sciences, Sagol School of Neuroscience and Cukier-Goldstein-Goren Center for Mind, Cognition and Language, in collaboration with Prof. Lucia Melloni of the Max Planck Institute in Germany and Prof. Michael Pitts of Reed College in the US. The study was published in the journal Nature Human Behavior.

“The big question is how consciousness is born out of activity in the brain, or what distinguishes between conscious processing and unconscious processing,” Prof Mudrik explains. “For example, if I see a red rose, my visual system processes the information and reports that there is a red stimulus in front of me. But what allows me – unlike a computer for example – to experience this color? To know how it feels? In recent years, a number of neuroscientific theories have been proposed to explain how conscious experience arises from neural activity. And although the theories provide utterly different explanations, each of them was able to gather empirical evidence to justify itself, based on multiple experiments that were conducted. We reexamined all these experiments, and showed that the parameters of the experiment actually determine its results. The artificial intelligence we used knew how to predict with an 80% success rate which theory the experiment would support, based solely on the researchers’ methodological choices.”

There are currently four leading theories in the study of consciousness – and they provide contradicting predictions about the neural underpinnings of conscious experience. The Global Neuronal Workspace Theory maintains that there is a central neural network, and when information enters it, it is being broadcasted throughout the brain, becoming conscious.

The Higher Order Thought Theory claims that there is a higher order neural state that ‘points’ at activity in lower-level areas, marking this content as conscious. A third theory, called Recurrent Processing Theory, claims that information that is reprocessed within the sensory areas themselves, in the form of recurrent processing, becomes conscious. And finally, a fourth theory – Integrated Information Theory – defines consciousness as integrated information in the brain, claiming that the posterior regions are the physical substrates of consciousness.