Economic sanctions against Russia are affecting, as evidenced by the strengthening ruble and currency restrictions. However, consumers feel the effects of the Russian invasion in various unexpected ways. For instance, in Statista Global Consumer Survey, 57% of Russians report using Instagram regularly. However, the Kremlin has suddenly disabled the social media site. The same is for 37% of Facebook users and 14% of Twitter.

As of March 15, there are 44 companies still operating there, such as Subway, Metro, BBDO group, Asus, Bosch, and Decathlon.

Products such as Apple virtually ceased sales of their main items such as the iMac and iPhone in Russia. Disney prohibits the release of its films in Russia. Disney’s major competitors, such as Warner Brothers and Sony, have decided to follow suit practically immediately, which means that about 99 percent of all films will no longer be released in Russia.

Regarding SWIFT, so far, only a few of the most extensive money flows have been suspended via SWIFT. Still, banks that handle energy payments have escaped the restriction because several EU countries rely on Russian gas. 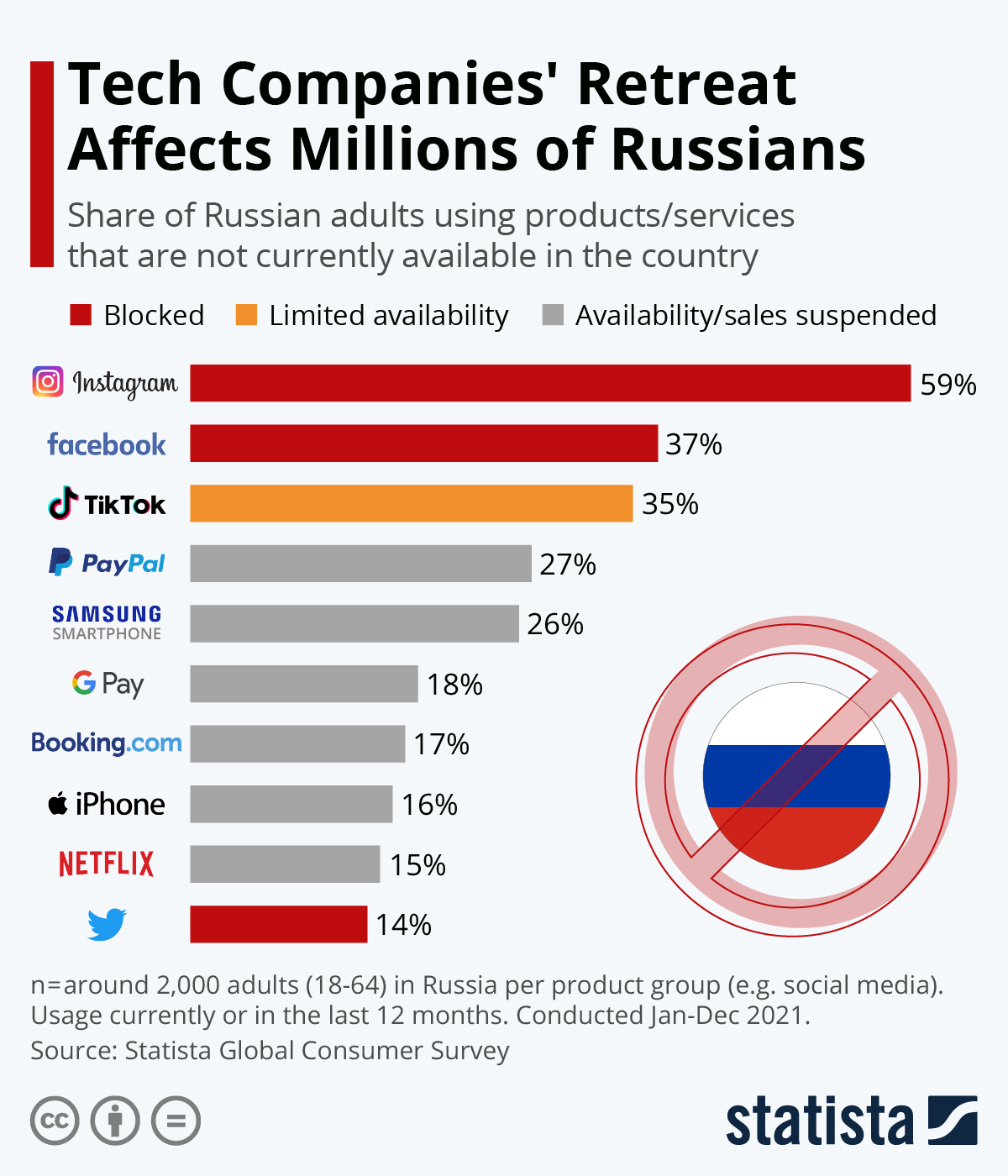