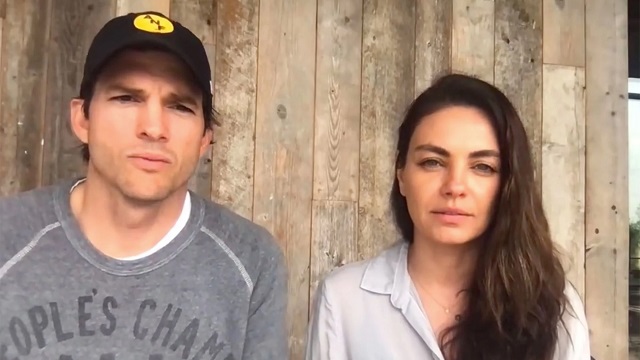 Mila Kunis and Ashton Kutcher, one of Hollywood’s biggest power couples, have donated $3 million to help Ukraine as it suffers under a Russian invasion. The couple has pledged to match that much money in a new fundraiser that they have launched with a GoFundMe page for Kunis’ country of birth.

Born Milena Markovna Kunis in the southwestern Ukrainian city of Chernivtsi, Mila Kunis came to America when she was seven years old. Her family is Jewish and her grandparents were Holocaust survivors. She married Ashton Kutcher in 2015 and they have two children together.

Mila Kunis recently tweeted, “God protect the people of Ukraine! My thoughts and prayers are with you.”

And in a video with husband Kutcher promoting their new fundraiser, Mila Kunis says, “I have always considered myself an American, a proud American. I love everything that this country has done for myself and my family, but today I have never been more proud to be a Ukrainian.” In a post of the video in Instagram Ashton Kutcher wrote, “While we are witnessing the bravery of Ukrainians, we are also bearing witness to the unimaginable burden of those who have chosen safety.”
–

“The events that have unfolded in Ukraine are devastating. There is no place in this world for this kind of unjust attack on humanity,” added Mila Kunis. “Ashton and I have decided to match up to $3 million worth of donations to Airbnb.org and Flexport.org through GoFundMe.org in an effort to raise $30 million.”