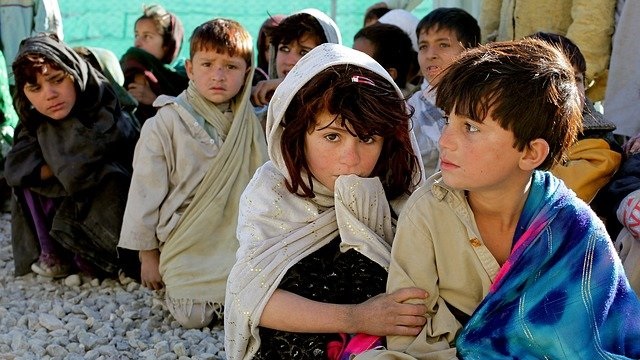 Team Themis is a Chicago based NGO that works to save suffering Afghan refugees and to find them new homes and shelter around the world. Interestingly, the organization is mainly funded by ultra-orthodox Jewish benefactors who prefer to remain anonymous.

So, a group of orthodox Jews is spending their money to help Muslim refugees escape a country in Asia that has been taken over by an extremist religious group that is turning Afghanistan, once again, into a theocratic state. Well, it makes sense that Jews would support something like Team Themis. Jews had no one willing to do the same thing for them during the Holocaust. And they recognize the threat posed by such insane theocratic states.

“There are a couple of high-net-worth individuals who believe that you serve god by serving one another,” Rabbi Mayer Zarchi, who heads up the Jewish Health Organization and represents the benefactors, told The New York Post. “There’s a belief that no human being’s freedom should be compromised. [The benefactors] put in millions of dollars to make sure that does not happen.”

The group’s mission is to protect persecuted people in Afghanistan and to be a “light to the most vulnerable groups including women and children from all faiths and backgrounds, who otherwise have little hope of seeing a future without violence and oppression.” Team Themis works in partnership with the Aleph Institute, Allied Shepherd, and others. Founded in 1981, the Lubavitcher Aleph Institute serves individuals of all backgrounds and faiths. Its guiding factors are Torah principles based on acceptance of God as the Supreme Power and Creator of the universe and emphasizing the values of human dignity, thereby making the world a better place for all. All of Aleph’s services are provided at no charge.

Team Themis was founded when a small group of diverse, caring people from around the globe came together to evacuate female judges, religious and ethnic minorities, widows, orphans, and female activists and civil society leaders. It founders were brought together through their diverse faiths and “unshakable resolve to do whatever we could to answer the pleas for help from our Afghan neighbors. Together we extended our collective hands to reach strangers in Afghanistan who faced unthinkable cruelties and oppression as the Taliban took control of Afghanistan in August 2021.”

Team Themis has evacuated 791 people from Afghanistan to the UAE. It has moved four victims of gender based violence into Pakistan where they are receiving critical medical care, counseling and support services while they await permanent resettlement opportunities.