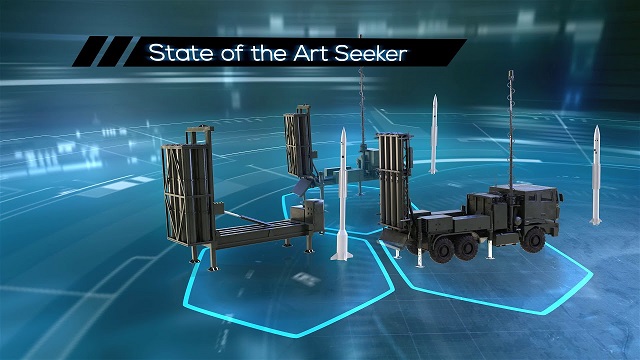 The Barak MX air and missile defense system developed by Israel Aerospace Industries (IAI) is flexible and modular and can protect against a range of missile threats and unmanned aerial vehicles. The company just signed a $500 million deal to provide the defensive missile system to Morocco.

Globes reported that sources in Israel’s Ministry of Defense stated that Moroccan officials inquired about acquiring the Barak MX system when Minister of Defense Benny Gantz visited the country last November. IAI CEO Boaz Levy also secretly visited Morocco to pitch different options for sale to its government. The BDS people around the world must be going crazy right about now.
–

Israel selling defense technology to Morocco? Which part of this is the bigger surprise here: Morocco spending $500 million on something from Israel or Israel selling Morocco advanced defense tech? This hbyet another example of the economic benefits coming out of the Abraham Accords which were signed in the summer of 2020. Morocco joined the accords later on. But some might be concerned that Israel could someday regret selling the Barak MX to an Arab country since, who knows, tomorrow Morocco could go the way of Iran 1979.

Based on the Air & Missile Defense Division acclaimed and field-proven Barak family, Barak MX is an advanced Air & Missile Defense System that provides a single integrated solution for multiple simultaneous aerial threats from different sources and different ranges. The Barak Battle Management Center (BMC), which creates and manages a unified multi-sensor aerial picture, coordinates the force operation networks and manages the launch arrays. Barak BMC is available in naval or land-based configuration. The land-based versions are available in mobile, transportable and stationary platforms.