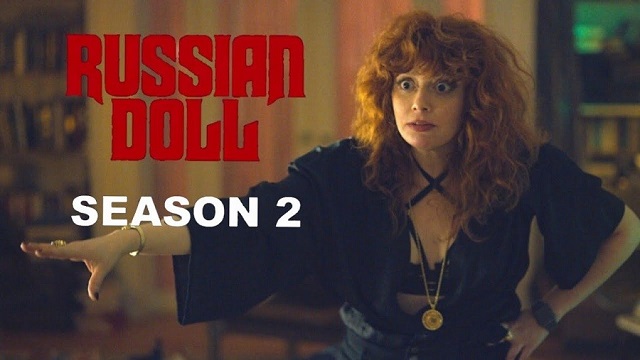 Natasha Lyonne had her first big starring role and hit for herself with the Netflix show “Russian Doll” which premiered in 2019. Now the 42 year old Jewish actress who once attended the prestigious Jewish school Ramaz in Manhattan, but was expelled after she was caught selling marijuana, is getting ready for the airing of the show’s second season.

She first got noticed for her small part in the American Pie movies playing Jessica, just one of the gang of kids. Natasha Lyonne was also a bit of the small/independent movie scene appearing in films like “But I’m a Cheerleader,” the Holocaust movie “The Grey Zone” and “Zig Zag.” But then her career was almost derailed by personal ghosts and demons.

She had a substance abuse problem and was arrested several times for driving while under the influence of alcohol. And Natasha Lyonne was even evicted from her home at one point due to complaints from the neighbors. But then in 2005 she underwent a rehabilitation program for an addiction to heroine.
–

She was also suffering from hepatitis C, a heart infection, and a collapsed lung, all related to her substance abuse, at the time. In 2012 Natasha Lyonne underwent open-heart surgery to correct heart valve damage caused by her heart infection. And then sobrierty helped the actress make her comeback and start to be taken seriously by audiences.

It began in 2013 with a major role on the hit Netflix show “Orange is the New Black” which ran for seven seasons. Natasha Lyonne played Nicky Nichols, one of a group of inmates in a minimum security federal women’s prison. Nicky was abrasive character who at one point gets sent to maximum security after she gets caught with drugs.

Lyonne once explained in an interview with BuzzFeed how she related to her character on the show since both dealt with the demon of drug abuse. “Speaking as someone who is well-versed in self-destructive behavior, there’s a lot for me to draw on. It’s almost painful for me to draw on,” said Natasha Lyonne. “There was such a long stretch of my life where I lived in that space so consistently and thoroughly,” she said of the scene where Nicky is, emotionally speaking, ‘beating the shit out of herself.’”

And Natasha Lyonne parlayed her popularity from that show into her own program. Lyonne began filming Russian Doll while Orange is the New Black was still on the air. In it she plays Nadia Vulvokov, a cynical young woman in New York City who keeps dying and returning to the party that’s being thrown in her honor on that same evening. Vulvokov keeps trying to find a way out of this strange time loop.
–

What sounds like a knock off of Ground Hog Day is actually a brilliant portrayal of this character and what she is going through in her life. And now a second season of the show will be coming out later this year.

Natasha Lyonne is the series’ star, co-creator, and showrunner. “It’s definitely a wild ride. It is deep, and deeply off-the-wall,” teases, promising it’s not in an effort just to seem interesting,” she told Entertainment Weekly about the new season. “I genuinely think the joy of the game is to watch it with fresh eyes as much as you can in order to be taken by the story,” she explains, not wanting to give away too much. Citing one of her childhood favorites, The Neverending Story, as an example of sorts, Lyonne likes the idea of “saddling up with a book in the attic and letting that world take you away on a journey. I do have this dream that people get to do that with this show.”

Netflix has not yet revealed the premiere date of the show’s second season. But if you cannot wait to see Natasha Lyonne in something new, you can see her – well, at least hear her – in the new animated movie “DC League of Super-Pets.” The film is about a group of super hero pets who come to the rescue when Superman is kidnapped.