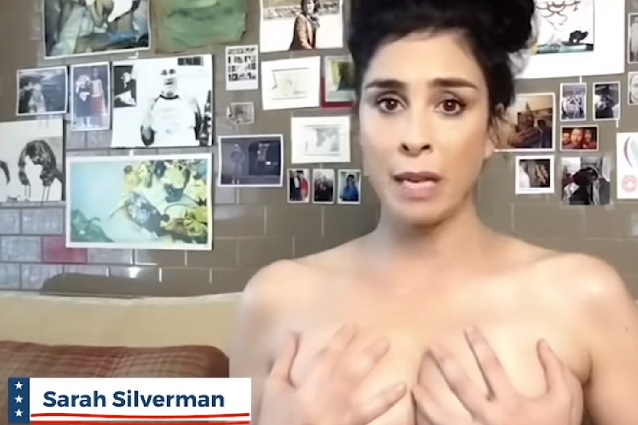 Sarah Silverman, known primarily for being a comic as well as an actress, is now getting into the documentary film business. According to The Hollywood Reporter, Silverman is producing a new documentary about the insulin crisis in America.

“Pay or Die” deals with what its filmmakers call a massive a health care crisis in America. Now, Sarah Silverman has jumped on board as an executive producer of the doc which tells the personal stories of people who suffer from Type 1 diabetes and who, because of the high increases in the cost of insulin, can barely afford the cost just of living.
–

I love you, @WhoopiGoldberg so much and I know you are not anti Jewish in any way (you’re a Goldberg!). Please listen to this interview and check out his book. #JewsDontCount ❤️❤️❤️ https://t.co/uenSqrA3qW

The film’s producers said of Sarah Silverman, “Sarah is such a passionate advocate for health care reform. Her willingness to use her public platform to help ring the alarm about how millions of Americans are suffering unnecessarily in this country as a result of a broken health care system — not just those with diabetes but those with asthma, cancer, mental illness and countless other conditions — makes her an extraordinary partner on this project.”

Sarah Silverman has also chimed in on the whole Whoopi Goldberg controversy. Goldberg was suspended for two weeks from her daytime talk show “The View” for comments that were perceived as diminishing the tragedy of the Holocaust.

“Even though I believe she is incorrect, she’s not anti-Semitic,” Silverman said in defense of Whoopi Goldberg on her own show The Sarah Silverman Podcast. “It’s semantics. Like what is race? I was actually looking up the word race. It’s very ambiguous; there’s no kind of one… definition and definition has changed over centuries and stuff. It’s… words, however you want to categorize whatever. And we know that Jews are hard to categorize because we’re shapeshifting vermin that control everything.”

Sarah Silverman can next be seen in the new movie “Marry Me” which stars Jennifer Lopez and Owen Wilson. Due out Friday, the film tells the story of music superstars Kat Valdez (Lopez) and Bastian who are getting married before a global audience of fans. But when Kat learns, seconds before her vows, that Bastian has been unfaithful, she decides to marry Charlie (Wilson), a stranger in the crowd, instead.