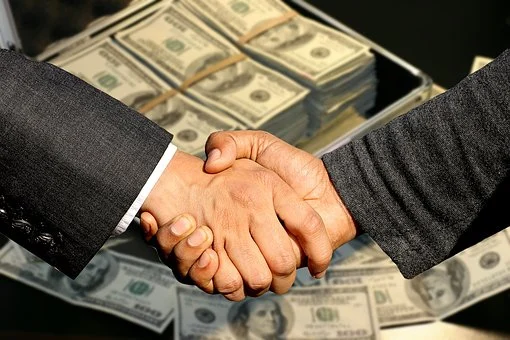 The Abraham Accords continue to pay dividends as UAE sovereign-wealth fund Mubadala Investment based in Abu Dhabi has invested $100 million in Israeli venture-capital firms. According to a report in the Wall Street Journal, Mubadala invested up to $20 million in six Israeli-based or focused venture capital firms, including Mangrove Capital Partners, Entrée Capital, Aleph Capital, Viola Ventures, Pitango and MizMaa, according to a spokeswoman.

Mubadala Investment Company — a sovereign investor — manages a diverse portfolio of assets and investments in the United Arab Emirates and abroad, to generate sustainable financial returns for its shareholder, the Government of Abu Dhabi. The firm reportedly holds more than $259 billion in assets.

Since then, Israeli and Emirati firms have been proving that money really does make the world go round. And now, Israel is even providing military technologies that the country developed to an Arab nation.

The Abraham Accords have led to other Arab investment firms putting money into Israel too. Last summer Dubai based SJM Group and INMED, an Israeli medtech startup which offers an end-to-end digital health platform, teamed up. The two firms will create a digital health platform for remote patient management in Dubai.

So, as the saying goes, money talks and certain other things walk. And the talking has been going on, basically nonstop, since the Abraham Accords. This is how the deals get made.

Avi Eyal, the managing partner of Entrée Capital, told the Washington Post that the Mubadala investment as a result of spending months where the two sides simply talked. “It’s all grown from relationships, getting to know people and not chasing a buck.”