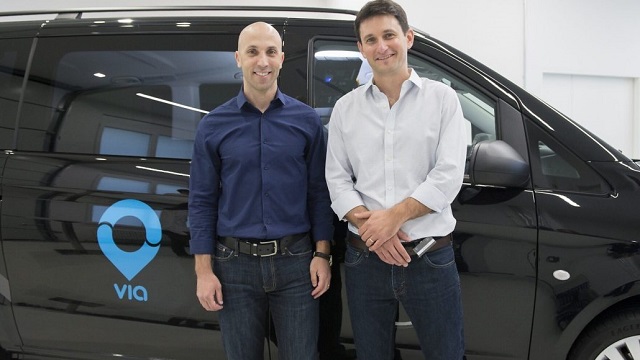 Via Transportation, an Israeli startup that offers new TransitTech, is planning on holding an initial public offering IPO on Wall Street. Via confidentially submitted its proposal to the US Securities and Exchange Commission (SEC), so no word yet on its plans or expected valuation. But most recently Via was valued at of $3.3 billion.

That valuation came after the company raised $130 million at the end of November.

So Via won’t be worth as much as Redis Labs or Forter, an Israeli security startup that deals in fraud prevention in e-commerce, both of which announced IP plans earlier this week and hope to end up with a valuation of as much as $5 billion.

And it would be no SentinelOne which broke the $13 billion mark when it went public in July.

Via says that it has built the world’s most “efficient, equitable, and sustainable transportation network for all riders — including those with limited mobility, those without smartphones, and unbanked populations.” Via works with its partners to lower the costs of public transit while providing transportation options that rival the convenience of a personal car while reducing the environmental impact. The company now has 500 partnerships in more than 35 countries.
–

And we’re live! So excited to be partnering with @GoBrightline on first-mile-last-mile transportation to/from all three South Florida train stations. Proud to be getting people out of their private vehicles, one @Tesla at a time. #transittech #firstmilelastmile pic.twitter.com/OTM28LJT2u

“This is the most exciting time in transportation in decades,” said Daniel Ramot and Oren Shoval, co-founders of Via. “Cities around the world are recognizing the critical role that technology can play in improving the efficiency and quality of their transit networks. Our software provides an end-to-end solution that helps cities and public agencies plan, operate, and optimize every facet of their transportation system.”