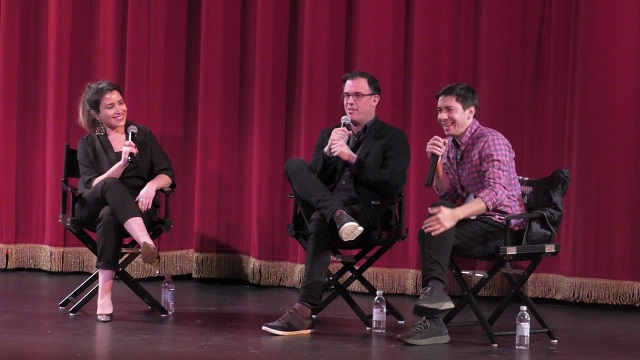 The 33rd Boston Jewish Film Festival BJF is getting underway in Boston. Boston Jewish Film celebrates the richness of the Jewish experience through film and media. Throughout the year, BJF says that it “engages and inspires the community to explore the full spectrum of Jewish life, values, and culture.”

The BJF is a 12-day festival held every November which presents what its organizers boast are the “best contemporary films from around the world on Jewish themes, accompanied by visiting filmmakers, panel discussions, musical events, and more!”

Boston Jewish Film offers film programming, education, and conversation to audiences across the Greater Boston community. Created in 1989, as the Boston Jewish Film Festival and founded by filmmaker Michal Goldman, it is now the largest film-based organization in New England, welcoming more than 15,000 annually.

This year, the Festival will also showcase ReelAbilities Boston, a groundbreaking film festival that “strives for the inclusion of all people and is dedicated to promoting awareness and appreciation of the lives, stories, and artistic expressions of people with different abilities.” Founded in 2007 in New York City, ReelAbilities Boston launched in 2012. Each spring, ReelAbilities Boston brings together audiences of individuals with and without disabilities to engage with filmmakers and each other.

Susan Adler is the executive director of the Bastion Jewish Film Festival. She told the Boston Herald that this year, after the Covid crisis enforced closures, is “better than ever. We find things where people can expand the conversation through Jewish culture and are thrilled to bring our community together for a virtual (experience). We have perfected our ticketing; we were fortunate to have a lot of action before people even knew what the films are.”

The festival this year will show about 35 titles and three shorts programs. It will include a live event at the Museum of Science Boston: ‘Space Torah’ about the NASA astronaut Jeff Hoffman, who took a Torah into space.

This year’s festival will also feature the FreshFlix Program. The program offers young professionals an opportunity to gather together for films, parties, and special events that celebrate new voices in Jewish film. Participants can take part involved in an Annual Short Film Competition where they get to choose the winners.