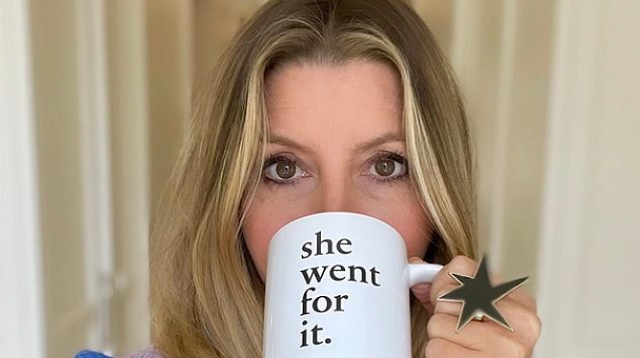 Spanx, the American underwear maker focusing on shaping briefs and leggings founded by Sarah Blakely, is now worth $1.2 billion after making a deal to sell a majority share to Stephen Schwarzman’s Blackstone Inc. Sarah Blakely celebrated the deal by giving out lavish gifts to her employees.
–

Sara Blakely converted to Judaism when she married Jesse Itzler in 2008. In 2015, the couple were part of a group led by Tony Ressler that purchased the NBA’s Atlanta Hawks for $850 million.

Blakely, who founded the company in 2000, will now become the Executive Chairwoman of Spanx.

To celebrate the deal, Blakely gave 500 of her employees with first-class plane tickets to anywhere in the world that they wanted to go. She also gave each one $10,000 in spending money.

She shared the moment in a video posted to Instagram.
–

Blakely sees the sale of Spanx as another example of a women’s business success story. “This is a really important moment in time for female entrepreneurs,” Blakely said. “I started this company with no business experience and very little money, but I cared the most about the customer, and that gave me the courage to launch the company. At SPANX, we have always put the customer at the center of what we do. I am as excited today for the future of SPANX as I was when I started it 21 years ago. Now together with Blackstone, we will have even more opportunity to further our mission of making the world a better place… one butt at a time!”

Blakely started Spanx with $5,000 of her own money and worked out of her apartment. She paid the $150 fee to copyright the name Spanx out of her own pocket. The brand took off after Oprah Winfrey told her millions of viewers that she loved it.