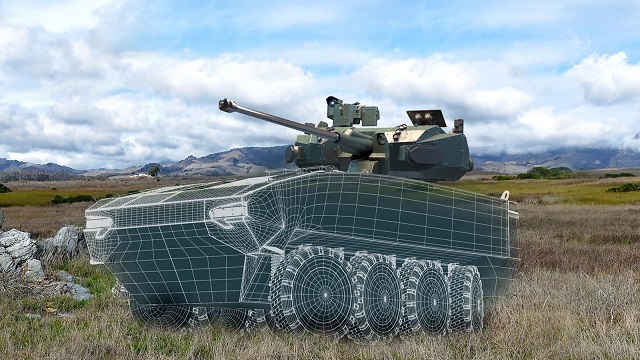 Rafael says that its BNET NANO based on the company’s Multi-Channel Reception (MCR) technology, which offers network capacity in terms of data rates and number of users, minimal delay, and support for “flat” networks with hundreds of members.

The new palm-sized form factor shares the same technological advancements of the BNET family that include scalability, multi-channel reception, spectrum superiority, and more

VP, Yoav Wermuth, head of Rafael’s C3I directorate said, “The BNET NANO radio is a significant advancement to soldiers and platforms that are very weight and power aware. Rafael’s BNET MCR patent has been integrated into a small form factor allowing the operation of several voice groups, data streams and video, all in a single device. The MCR technology breaks the paradigm of a radio that has single channels, and allows the simultaneous reception of dozens of channels.”

Amihai Dekel, BD Director at Rafael’s C3I directorate, added: “Our solution, encapsulated in a box the size of a soldier’s palm is a breakthrough that can address many tactical programs that have previously run into capacity restrictions. This technology finally enables the capacity and connectivity of hundreds of units, without burdening the soldier with several communication boxes that all require SWaP.”

October 2021 – Rafael will also showcase its newly enhanced SAMSON 30mm Integrated Remote Weapons Station (RWS) for Light Vehicles for the first time at the conference. AUSA 2021, the Association of the US Army’s annual conference, in Washington, DC from October 11-13, 2021

With a combination of the world’s most cutting-edge, reliable, and effective solutions the SAMSON 30mm Integrated RWS is designed to address the threats of the modern battlefield.

The SAMSON is equipped with hostile fire detection capabilities and the ability to rapidly and effectively return fire via a fast, accurate slew-to-cue mechanism. It also includes a unified user interface for all subsystems, an inherent hatch for close situational awareness, and under-armor ammunition loading that increases lethality. These capabilities enable the SAMSON to turn a light vehicle into a lethal powerhouse on par with a main battle tank.

The SAMSON is a sibling of Rafael’s MCWS that was a key element of Oshkosh Defense’s winning proposal to up-gun the US Army’s Strykers for today’s threats.