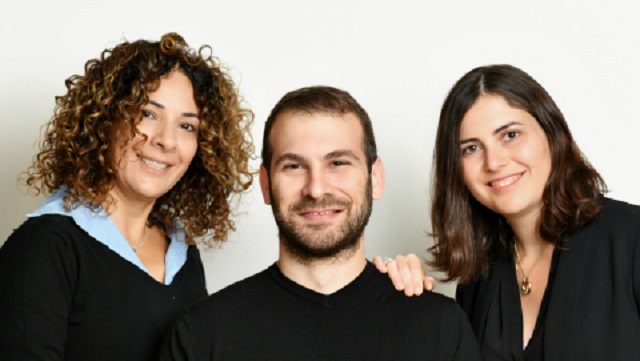 Sternum is an Israeli cybersecurity startup that offers an IoT (internet of things) cybersecurity platform. The special thing about Sternum, though, is that it was founded and is led by women. Sternum has brought in $27 million in a Series B round of funding, led by Spark Capital with the participation of existing investors Square Peg Capital, the Hinrich Foundation, the European VC firm btov, and other private investors. The round brings total funding in Sternum to $37 million to date.

Sternum is highly optimistic about its future as the company says that it expects to register 300% growth of by the end of 2022.
–

Founded in 2018 by veterans of the Israeli Defense Forces’ (IDF) elite 8200 unit, Sternum boasts that it works in a “fundamentally different” way than any other autonomous IoT technologies. How? The company says that its platform recognizes that while IoT devices are brilliantly engineered – from tiny pacemakers to railway sensors – they are purpose-built for a single use, and hence are low on internal resources. So they are smart but not intelligent.

Sternum says that it can overcome these limitations by embedding its patented, code-free technology and software sensors inside all devices, enabling them to “instantly become self-securing, while simultaneously collecting intimate data at runtime execution, and processing it in their intelligent cloud platform.” This proprietary approach yields active-mitigation and prevention; data analytics; software and security alerts; quality and performance root-cause analysis; user behaviors, enabling new business models for IoT vendors.

“We could not be more thrilled that Spark Capital is now our lead investor,” said Natali Tshuva, co-founder and CEO of Sternum. “They have deep knowledge of our space, so their validation of our vision means a great deal. We seek to create a world where the ability of IoT to bring efficiency and insight to the global economy – and transform the lives of billions – can continue without encumbrance. This potential has been held back by the lack of an infrastructure for every smart IoT device. We are pushing the boundaries of what’s possible, by bringing security to these devices, and extracting data from them.”

“We couldn’t be more pleased to lead the investment round for Sternum,” said Santo Politi, co-founder and general partner of Spark Capital. “From the first time we met Natali and her team we were deeply impressed by their combination of vision and executional prowess. We see the unmet needs in the IoT security and data space to be one of enormous promise. Sternum is perfectly poised to seize and lead this moment, with their no-code platform that creates truly autonomous devices that require no connectivity to be protected against exploitation.”